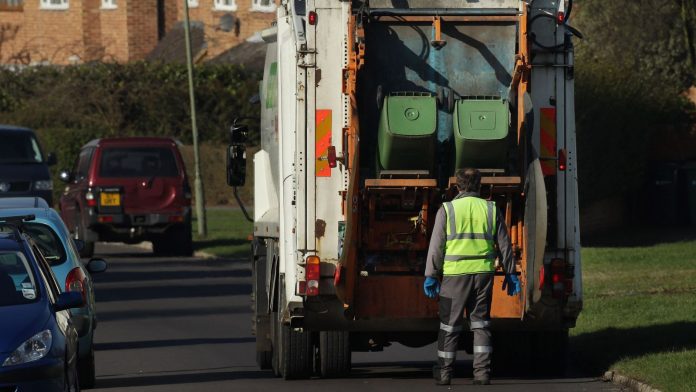 Most Britons would prefer to cut council services to the legal minimum rather than see council tax increases, a Sky Data poll reveals.

A narrow majority of 53% would choose cutting services as far back as legally allowed, with 47% preferring an increase in council tax if forced to choose between the two.

However, asked about specific examples of services that would face cuts in that scenario, people feel their council tax should be going towards services beyond which the council are obliged to provide.

The poll comes after Northamptonshire County Council became effectively bankrupt earlier this month after revealing there was a £70m hole in its finances for the 2018/19 budget period.

A vote on 1 August to reduce all but essential services followed fierce criticism of the way the Conservative-led authority’s finances have been managed.

The council faces further controversy as councillors will meet to decide how to make drastic cuts to services to fill the hole.

Adult and children’s social services could face cuts and road maintenance, waste disposal, libraries and country parks could also have their budgets slashed.

Bin collections face being high on the agenda as the new Sky Data poll found that just over half – 54% – think council tax should pay for more frequent bin collections than the legal minimum.

A total of 40% said they did not think council tax should pay for more bin collections while 6% said they don’t know.

People are slightly less certain about whether their council tax should be paying for adult social care services beyond the legal minimum, such as social activities for vulnerable people.

Mick Scrimshaw, a Labour councillor at Northamptonshire County Council, told Sky News he feared that “vulnerable people will be hit the hardest” by cuts.

“They’re being almost used as pawns in this game between the council and the government,” he said.

And he fears that Northamptonshire may be the first of many cash-strapped councils to take such drastic action, as councils across England need to raise £7.8bn by 2025, according to the Local Government Association.

Figures show East Sussex Council faces a budget deficit of up to £46m within three years.

Sky Data interviewed a nationally representative sample of 1,006 Sky customers by SMS on 14 August 2018. Data are weighted to the profile of the population.