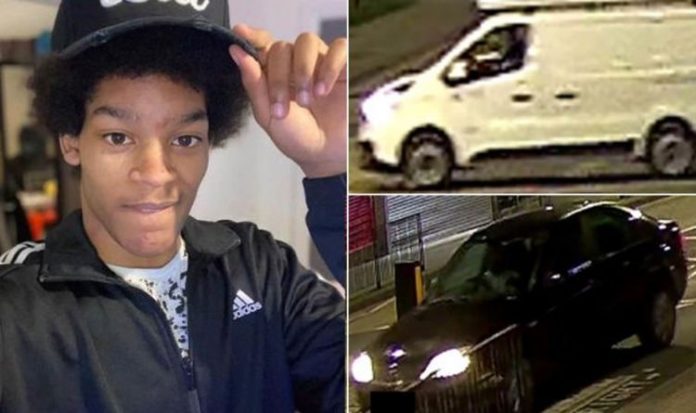 Officers hope to break through youngsters’ “no snitching” code and get them to think about anonymously reporting concerns about fellow pupils. If the Blunt Truth initiative is successful, Avon and Somerset Police hopes other forces could adopt it to help stem the growing tide of teen stabbings and killings. Figures released on Thursday showed record numbers of knife-related crimes last year – up six percent on 2019 and a 53 percent increase in a decade since 2011.

In London there have already been 14 murders involving knives this year, with many of those killed or arrested in their teens.

CCTV emerged on Wednesday showing the February 18 knife murder of Drekwon Patterson, 16, who was killed in Wembley, northwest London, after being driven at and set upon by a gang of youths.

And last week a 13-year-old boy was filmed being apprehended by members of the public as he tried to rob a 12-year-old boy at knifepoint in Rainham, east London.

Police in Avon and Somerset believe arresting offenders alone will not solve the causes of knife crime. They are aiming to discourage youngsters going down the path of gangs and crime from as early an age as possible.

They have identified children who are showing signs of being at risk of involvement in crime, in some cases as young as eight to 10, and referred them to groups that encourage involvement in boxing, football and other sports.

However, PC Kris Withers, the force’s lead on youth diversionary activities, said these referrals have become more difficult in lockdown as sporting activities cannot take place. He said the force was putting together its Blunt Truth scheme in the hope of improving relations between police and youngsters.

He said: “Young people will not necessarily tell police things as they do not want to be seen as snitches.

“This is a programme for year seven and eight students in the hope it will encourage them to come forward if they know something, just to try to prevent a serious assault happening.

“We also hope to create a series of films to show what happens if they call police.”

PC Withers has also worked closely with primary schools and has referred some children to the Bristol-based charity Empire Fighting Chance, which encourages youngsters to take up boxing.

Martin Bishop, who runs the charity, says there have been a number of successes after children got motivated through the sport.

They include Joel, 14, the son of a notorious Jamaican gangster currently serving life imprisonment for murder.

Joel has returned to school and started coaching other children.

He said: “I used to get so angry but these days I know I’ve got a training session and it motivates me to get through the day.

“Teaching shows me how much I’ve learned and I feel calmer.”