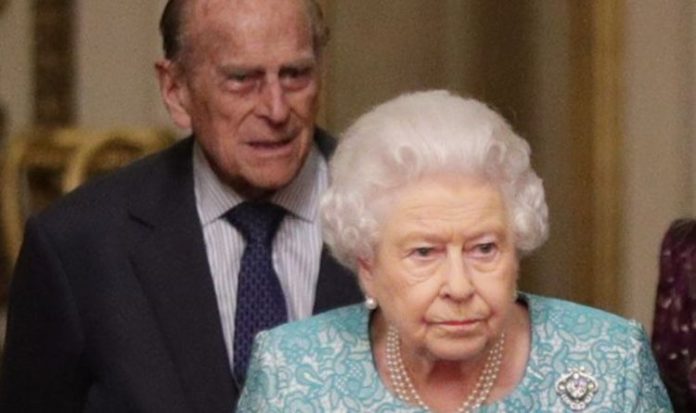 The Queen and Prince Philip agreed changes had to be made to the Royal Family’s marriage policy after Prince Charles, Princess Anne and Prince Andrew all divorced their spouses within four years of each other. Her Majesty and the Duke of Edinburgh adopted a new approach to ensure their grandchildren would not face the collapse of the Royal Family because of new breakdowns in their marriages. Isabelle Benhadj, the narrator of France 2’s documentary ‘Prince Philip – At Her Majesty’s Service,’ said: “They made a pact that the grandchildren would be able to marry whoever they wanted.

“William and Harry hold a special place in their grandfather’s heart.

“Philip, who wishes above all the happiness of the family, understood that its unity depended on the tolerance and the acceptance of the desires of each member.”

Ms Benhadj continued: “It is for this that in 2005, with his wife, he attended the wedding of Prince Charles with his lifelong love, Camilla.

In 2011, the head of the family also congratulated William for his union with Kate Middleton. Another welcome arrival to the Royal Family was American actress Meghan Markle, whose engagement with Prince Harry caused a sensation.”

Presenter Stephan Bern suggested the Duke of Edinburgh specifically taught William and Harry the importance of “love” to ensure the success of the Royal Family for generations to come.

Mr Bern said: “It is he who helped young William and Harry and taught them that marriage without love cannot be good for the monarchy.

“A true patriarch, Philip wants to ensure the cohesion and sustainability of the most famous royal family in the world.”

Prince Philip had himself faced the struggle of becoming a member of the Royal Family after facing the opposition of courtiers and the Queen’s family.

READ MORE: Meghan Markle and Prince Harry must ‘earn a load of money’ to pay for massive home

Mr Eade said: “There was a lot of epistolary exchanges with Diana, he was trying to act as an intermediary between her and Charles.

“It might have been because he felt somewhat guilty. He and the Queen had pushed a lot for the wedding to go ahead.”

Despite his attempts to bridge the gap between Diana and Charles, the couple ultimately announced their divorce and finalised the proceedings in 1996.

Prince Andrew and Fergie, Duchess of York also ended their marriage in the mid-90s but continued to have a close relationship and brought up their two daughters, Princess Beatrice and Princess Eugenie, together.

Princess Anne’s marriage to Captain Mark Philips ended in 1992 and she soon re-married Vice Admiral Timothy Laurence within months of her divorce.