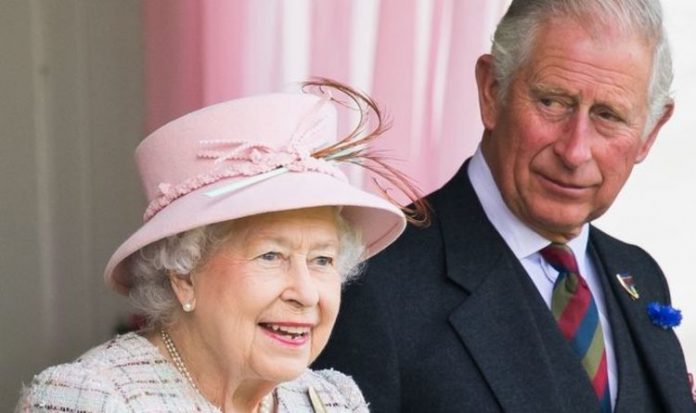 The BBC’s former royal correspondent Jennie Bond said she doesn’t believe Britons would ditch the Crown in favour of a Republic any time soon. She said: “I firmly believe that if we had a referendum, the vast majority would vote for the status quo.”

The Queen, who has been the Head of State for more than six decades, has provided during the years stability and leadership, the expert said.

And her son Prince Charles has gained quite a lot of respect over the past few years, which will likely help him as a future sovereign, Ms Bond added.

Ms Bond told Platinum magazine: “Certainly while the Queen remains on the throne and, eventually, Prince Charles, who’s commanded a lot of respect in recent years, there is something undeniably stable which helps the nation.

“It’s quietly comforting knowing that The Queen is there in the background and in the foreground when we want her.

Britons would still choose a monarchy over a republic, an expert has said (Image: GETTY)

The Queen delivered a speech in April (Image: GETTY)

“This was illustrated perfectly when she made her address during the pandemic.

“Hearing her say that the pandemic will pass and we will meet again was so reassuring.

“But that’s not surprising because she’s provided stability in all our lives.”

The Queen delivered a poignant speech in early April, in the height of the coronavirus crisis.

Prince Charles is the heir apparent to the throne (Image: GETTY)

Her words were welcomed across the country by the public and experts equally, as she urged Britons to “remained united and resolute” to overcome the pandemic.

Boosting morale, the Queen added: “This time we join with all nations across the globe in a common endeavour, using the great advances of science and our instinctive compassion to heal.

“We will succeed – and that success will belong to every one of us.

The Queen and Prince Charles during the State Opening of Parliament in 2017 (Image: GETTY)

The Queen on her coronation day in 1953 (Image: GETTY)

The Queen ascended to the throne in 1952, following the sudden death of her father King George VI.

The late monarch passed away at Sandringham on February 6, while the then-Princess Elizabeth was in Kenya as part of her and Prince Philip whirlwind tour to the Commonwealth.

Speaking from Cape Town, she said: “I declare before you all that my whole life whether it be long or short shall be devoted to your service and the service of our great imperial family to which we all belong.”

Despite the Queen’s life-long service, republicanism has resurged in various countries throughout her reign.

In September, Barbados’s Prime Minister Mia Mottley announced her intention to press ahead with plans to remove the Queen as the Caribbean country’s Head of State.

The country, the politician said, intended to become a Republic by November 2021.

The UK Governor-General, Dame Sandra Mason, read Ms Mottley’s speech during the State Opening of the Barbados Parliament, as the Queen does in the UK.

She read: “The time has come to fully leave our colonial past behind. Barbadians want a Barbadian Head of State.

“This is the ultimate statement of confidence in who we are and what we are capable of achieving.

“Hence, Barbados will take the next logical step toward full sovereignty and become a Republic by the time we celebrate our 55th anniversary of independence.

“Barbados has developed governance structures and institutions that mark us as what has been described as ‘the best governed Black society in the world’.

“Since independence, we Barbadians have sought constantly to improve our systems of law and governance so as to ensure they best reflect our characteristics and values as a nation.”

Other countries holding the Queen Head of State have in the past expressed their desire to become republics.

Jamaica is tipped to be the first country to follow Barbados’s example.

And Australia nearly embraced republicanism in 1999, when the country

held a referendum on whether to keep or ditch the monarchy.

The Queen remained the country’s Head of State after 54.9 percent voted in favour of the Crown.