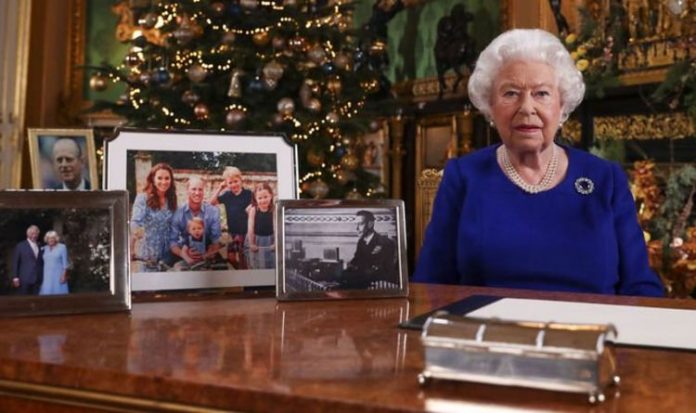 While normally residing in Sandringham during the festive season, Her Majesty always puts on an impressive festive display at Windsor Castle each year. But due to the coronavirus restrictions, Christmas at Windsor has been delayed.

Last year, the festive fun began on November 30 but as the country is currently under lockdown restrictions until December 2, it has been moved to December 3 instead.

‘Christmas at Windsor Castle’ will run until January 4 and the main attraction will be the 20-foot-high Nordmann Fir tree in St George’s Hall, which will have been taken from Windsor Great Park.

The tree will be decorated with more than 20,000 twinkling lights and will take around 13 hours of work for The Queen’s employees.

This is not the only Christmas change the Queen will experience this year due to the deadly coronavirus pandemic.

Christmas at Windsor pushed back amid covid-19 (Image: Getty)

For the first time in 33 years, the Royal Family’s annual Christmas in Sandringham may be impossible due to the coronavirus pandemic.

Her Majesty and Prince Philip usually host members of the Firm for Christmas in their Norfolk home.

Royal sources have said an official decision will be decided before the end of the second lockdown on December 2.

A Buckingham Palace spokesperson said: “No final decision has been taken on Christmas.”

Windsor is usually decorated at the end of Nov (Image: Getty)

Earlier this year, it was revealed the Queen has ruled out attending church in the Christmas royal tradition in a bid to prevent the usual crowds gathering for the annual family turnout.

This is thought to be only the third time in her reign she will not attend church with her family on Christmas Day – and the first time the Windsors have not attended en masse in that time.

The Queen is facing another heartbreak this festive season by not being able to see her great-grandson Archie.

As Prince Harry and Meghan Markle are currently living in Los Angeles with their son, any plans to return this year have been thwarted multiple times due to the pandemic.

A spokesperson for the couple said they are unlikely to travel this Christmas due to the focus being on Meghan’s adjourned trial against the Associated Newspapers Ltd.

The spokesperson said: “It is unlikely the Duke and Duchess will be travelling before the end of the year because the focus had been the trial in January.

“As that is no longer happening, there are no plans to travel at the moment, but any travel plans will be kept under review.”

Following Prime Minister Boris Johnson’s briefing yesterday, it is not clear how the Royal Family will celebrate the festive season.

Harry and Meghan unlikely to return for Christmas (Image: Getty)

As the country leaves lockdown next week, Mr Johnson said the tier system will be reintroduced and the rule of six is likely to still be in place.

The Prime Minister said: “By maintaining the pressure on the virus we can also enable people to see more of their family and friends over Christmas.

“I can’t say Christmas will be normal this year but in a period of adversity, time spent with loved ones is even more precious for people of all faiths and none.

“We all want some kind of Christmas. We need it, we certainly feel we deserve it.

“But what we don’t want is to throw caution to the winds and allow the virus to flare up again, forcing us all back into a national lockdown in January.”

However, he warned it is up to families to make a “careful judgement” on visiting elderly relatives.

Mr Johnson continued: “But this virus obviously is not going to grant a Christmas truce. It doesn’t know it’s Christmas.

“Families will need to make a careful judgement about visiting elderly relatives.”