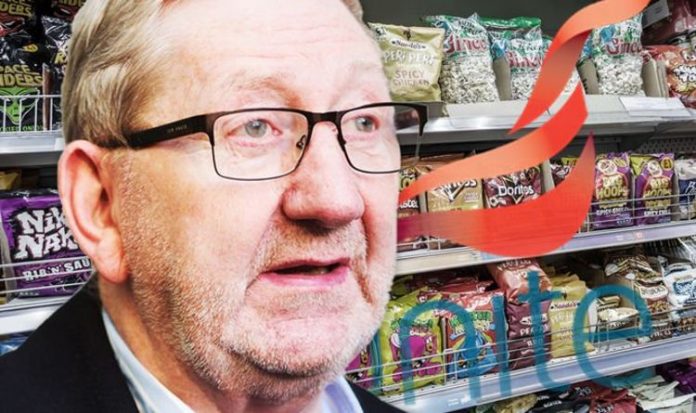 The row between drivers and management at haulage firm Eddie Stobart is likely to result in industrial action, according to Len McCluskey’s Unite union. Strike action would hit the company’s northwest distribution centre in Warrington, which handles the company’s Walkers Crisps account.

Unite said Stobart had imposed a pay freeze on its workforce, effectively a pay-cut in real terms with annual inflation rises taken into account.

The union believes the transport giant has gone back on a 2019 deal that recognised Unite as having a collective bargaining agreement.

Unite leaders said they expected industrial action to be sanctioned, leading to strikes in the run-up to Christmas and a potential “festive crisp famine”.

The union accused Stobart of “a series of broken promises” and warned the result could mean shortage of Walkers Crisps over Christmas and New Year.

Leaders said strike action was averted only “at the 11th hour” in spring 2019 when the firm agreed to recognise the union as part of workers’ rights discussions.

Unite regional officer Steve Gerrard said: “Our members were designated as key workers and worked throughout the pandemic and despite all their efforts Eddie Stobart believes that it is acceptable to impose a pay freeze.

“It was Karl Marx who said history repeats itself, first as tragedy and second as farce, but there is nothing funny about Stobart reneging on its agreement last year to recognise Unite and allow it to be involved in pay negotiations.

“If strike action does occur, and with major retailers relying on just-in-time delivery systems, especially at the busiest time of the year, there will quickly be empty shelves in supermarkets, where Walkers’ products are usually found.

“Industrial action is always taken as a last resort, but Unite members believe they have no option but to ballot for strike action to ensure that Stobart tables a fair pay offer and honours its previous commitments.

“It is not too late for Stobart’s management to avert industrial action by seeing sense and entering into proper pay negotiations, fully involving Unite and its officials and making a fair pay offer.”