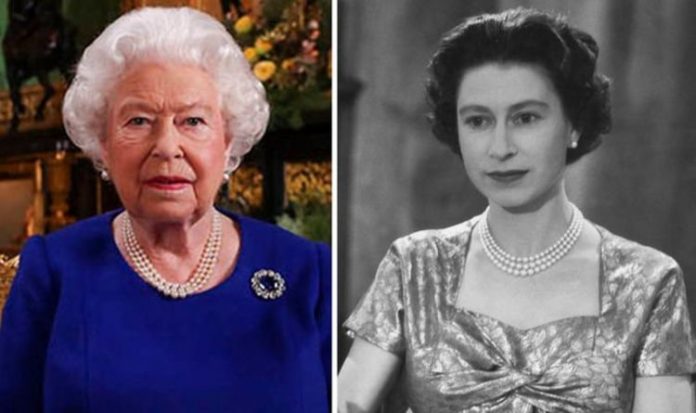 Queen Elizabeth II’s Christmas this year will be unlike any other. The coronavirus pandemic has forced her to change the usual location for her festive season from Sandringham to Windsor. But luckily for royal fans, the Queen’s annual Christmas message will proceed as normal. But what exactly is the Queen’s speech and what will her Christmas message feature this year?

Traditionally the couple, along with several members of the Royal Family, travel up to the Sandringham Estate in Norfolk for the festive season.

This tradition has been in place since 1988.

A Buckingham Palace spokesperson said: “Having considered all the appropriate advice, the Queen and the Duke of Edinburgh have decided that this year they will spend Christmas quietly in Windsor.”

The spokesperson added: “Like everyone, they hope things will get back to normal in 2021.

Buckingham Palace has refused to deny suggestions the recording of the Queen’s Christmas message has been delayed due to the ongoing Brexit negotiations.

The Queen typically films her annual address in early to mid-December.

But reportedly, the monarch this year pushed back the recording due to the uncertainty of the UK’s future relationship with the EU, once the deadline for a deal has passed.

Plans have been made to record the speech in secret at Windsor Castle adhering to Covid restrictions.

The Queen’s Christmas message this year will reportedly aim to “raise morale” according to a royal expert.

Royal commentator Phil Dampier told Fabulous: “It will be a very, very important Christmas speech this year, very much along the lines of her earlier broadcast, the ‘we’ll meet again’ one.

“Trying to raise morale and encourage people to get through it and evoke a bit of war-time spirit.

“So I’m sure the Christmas address will be along similar lines.”

Speaking of the speech, an insider told : “It’s really emotional and personal and written by the Queen herself.

“They are expecting record viewing figures. A lot more people will be at home tuning in.”

The Queen has addressed the nation on two occasions this year already speaking about the coronavirus pandemic and for the 75th anniversary of VE Day.

The Christmas message is expected to comment more on the impact of coronavirus and give thanks to key workers who have worked tirelessly amid the pandemic.

She is also likely to discuss the impact of Covid-19 on families who have been separated this year due to social distancing restrictions and the restrictions implemented for the Christmas period.

The Queen and Prince Philip have confirmed they intend to have a quiet Christmas, but they are entitled to invite two other households to join them between December 23 and 27.

The Royals have yet to confirm if or whom they intend to meet with for this period.