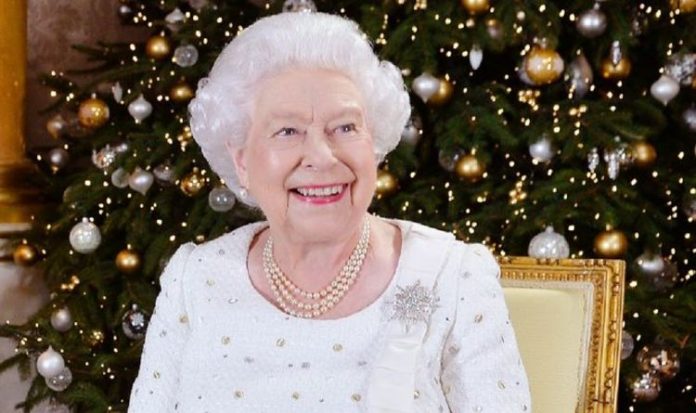 Royal expert Marlene Koenig claimed the Royal Family could give the Queen a surprising present this year. Due to the coronavirus pandemic and the restrictions between mixing, Ms Koenig argued it was unlikely the royals would have a normal Christmas where they enjoy all of their traditions. However, during an interview with Express.co.uk, Ms Koenig claimed the members of the Royal family could plan to hold a socially distanced service at St George’s Chapel, on the grounds of Windsor Castle, on Christmas Day as a surprise gift to the Queen.

Usually, Her Majesty is accompanied by members of the Royal Family for the traditional Christmas Day service at St Mary Magdalene Church in Sandringham.

However, she was forced to cancel her usual plans due to the coronavirus pandemic and is remaining in Windsor Castle with Prince Philip for the festive period.

Ms Koenig said this would be a special and surprise present for the Queen, who is currently planning a quiet celebration with the Duke of Edinburgh.

Ms Koenig insisted this was only a possibility if it fell in line with the current coronavirus restrictions over the Christmas period, which currently it does if each household sits separately and socially distanced while attending a place of worship.

Up to three families are allowed to mix indoors in most settings but places of worship are restricted by capacity.

Ms Koenig said: “A present for the Queen would be if they can figure out a way of all showing up on Christmas day at St George’s and having a socially distanced service.

“That would be really cool, if they could surprise the Queen, shh don’t say anything.

“I just thought of this in my head, it would be really nice if other members of the Royal Family could surprise Her Majesty for Christmas.

“They could arrange it between themselves and St George’s to do a socially distanced service.

“It is big enough and I think it would be kind of cool.”

Ms Koenig then went into the details of how this could work.

She also insisted it would be good for the public to see that a safe Christmas can be had during the coronavirus pandemic.

Ms Koenig continued: “Prince Andrew can sit at the back and would not be seen.

“The two girls, Anne and Edward and Sophie and their children don’t live that far away.

“There could be Charles and Camilla and the Cambridges could do a social distanced thing.

“That would be setting a good example and saying to the families in Britain, we can do it and so can you.

“I think it would be absolutely awesome, wouldn’t your mum be surprised to see you.

“It would be showing the unity of the family together if they could come out be together on Christmas.”

St George’s Chapel has its own congregation and is not restricted just to the Royal Family despite being in Windsor Castle.

There is a Holy Communion service at 8.30am on Christmas Day which is “open to all”.

It will be “subject to a maximum capacity under covid 19 rules”, according to the chapel’s website.

There are also other services planned for between December 23-25 but these are ticketed for members of the Castle community “due to capacity”.

Ms Koenig also reiterated that this would only be a possibility for the Royal Family if it abided by the current coronavirus rules.

She added: “If it is allowed under the current COVID-19 rules of which I am not familiar with.

“If they are able to do it then it would be nice but if it is going against coronavirus restrictions then obviously do not do it as that would be setting a bad example.