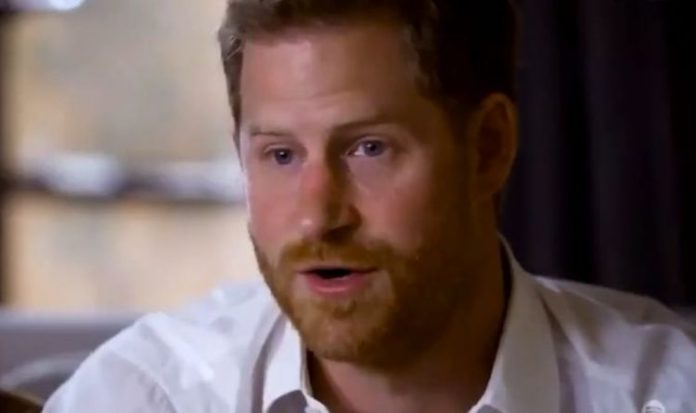 The Queen was attacked by a frustrated Jeremy Vine caller who leapt to the defence of Duke of Sussex, Prince of Harry. This follows on from Prince Harry and Meghan Markle being criticised for agreeing to a personal interview with friend Oprah Winfrey. The caller Carol said: “Prince Harry is obviously affected by the media.

“I think Prince Harry has been insulted and I think it is so sad.

“That boy has done so much and I don’t think the Queen gives a monkey’s about anything.”

The caller then began making accusations about the Queen to which Mr Vine dismissed insisting these were things we simply didn’t know to be true.

After announcing they are expecting their second child, Meghan and Harry also announced they would be being interviewed by Oprah Winfrey.

This has caused concern by royal fans and commentators who drew comparisons between this upcoming interview and Princess Diana’s bombshell BBC interview.

Royal commentator Rhiannon Mills argued that Harry and Meghan agreeing to this interview may be the Duke and Duchess showing their frustration with the Queen.

While speaking to Sky News, Ms Mills said: “I think for the Royal Family it is going to be a very difficult one.

“The timing of this interview is very interesting.

She said: “Everything is strategically planned for maximum publicity.

“We just see that they no longer part of the royals, they don’t want to be, they want to be celebrity influencers.

“It rubs a lot of people, my self included, the wrong way.”