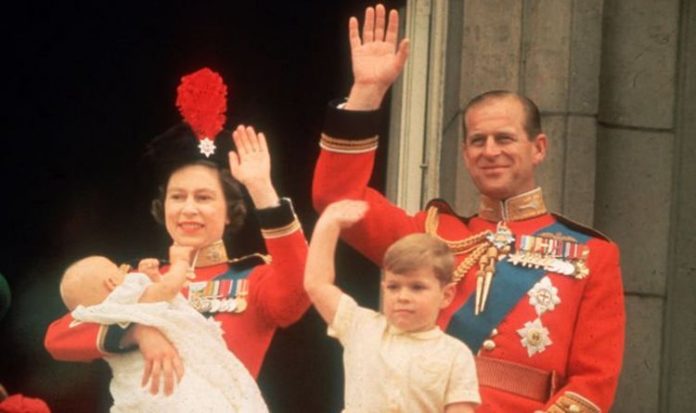 Although the Queen’s birthing experiences were in many ways traditional, some aspects of her royal births were quite unusual for the time.

The Queen opted not to allow the Home Secretary to be present for the births of her four children, as had usually been the case in previous royal births.

The Queen also decided to break with tradition when she gave birth to Edward by asking Prince Philip to be in the room.

In doing so, the Queen became the first royal woman to have her husband present when she gave birth.

Ingrid Seward wrote in her book, ‘My Husband and I: The Inside Story Of 70 Years Of Royal Marriage’: “The Duke of Edinburgh was actually holding his wife’s hand as their youngest was born on March 10, 1964.”

This has become more common in recent decades, and Prince Charles was in the room with Princess Diana to welcome Prince William and Prince Harry.