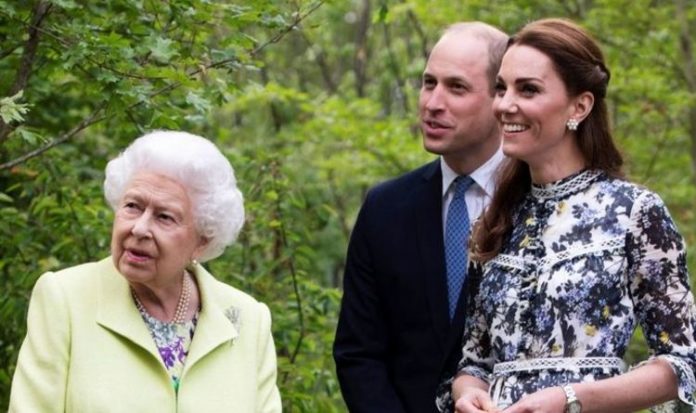 The Queen has been given the go-ahead to make significant changes to a play area at the heart of her 20,000-acre estate in Norfolk. The new playground is going to look distinctively royal, with tree houses and play areas inspired by centuries-old royal buildings at Sandringham.

One of the new structures will be inspired by the Grade II-listed St Mary Magdalene Church, a building close to the heart of the Royal Family as well as to many royal fans.

Every Christmas Day, the Queen and several of her relatives travel from the nearby Sandringham House to this church to attend the 11am service.

There, they are welcomed by dozens of royal well-wishers who stand for hours outside the chapel to catch a glimpse of the royals.

St Mary Magdalene Church is also particularly important for the Cambridges, as their daughter Princess Charlotte was christened there in 2015.

Another play structure planned is going to be inspired by Queen Alexandra’s Nest, a summerhouse built in 1913.

But the main attraction on the playground is set to be an eight-metre tall tower designed to look like the Appleton Water Tower.

This tower is a Victorian building created in 1877 to improve the quality of the water supply in the area.

The play version of the tower will feature ladders, a climbing wall, a tube slide and talking tubes for children to speak to each other between floors.

The playground will also include an area dedicated to toddler to the delight of Kate and Prince William’s two-year-old son Prince Louis.

Kate and Prince William’s home in Norfolk sits on the Sandringham Estate.

The family visits Sandringham regularly on Christmas and on many weekends throughout the year, which means Prince George, Princess Charlotte and little Louis could become regular visitors.

The Duchess of Cambridge will likely be particularly happy with the revamping of this play area.

For years, she has spoken about the importance of outdoor play for children’s development.

In June last year, Kate took part in CBBC’s flagship show Blue Peter, during which she rolled up her sleeves and planted flowers with children as well as looked for tadpoles with a net.

During the show, the Duchess said she firmly believes spending time outside of the house boosts children’s mental health and she “drags” George, Charlotte and Louis outdoor every day.

“It encourages creativity, confidence and even a short amount of time – 10 or 15 minutes – makes a huge difference to physical wellbeing but also to our mental wellbeing.”

The Duchess may have also inspired the revamping of the Sandringham playground with her concept garden Back To Nature presented at the Chelsea Flower Show last year.

Much like the playground planned for the royal estate in Norfolk, her Back to Nature garden featured a rope swing, tepee hideaway and a tree house.

In October, it came to light the monarch was planning a major overhaul of the already existing playground area and had submitted an application to King’s Lynn and West Norfolk Council.

In the planning documents, the current play area had been described as “vital part of the offering” on the estate.

However, designers argued it could be improved by adding “themed elements, distinct and unique to Sandringham.”

The project designed by Creating Adventurous Spaces Ltd was approved on Friday.

The playground could be beneficial to the local fauna, with planners being advised to plant bat-friendly flowers around the site as well as install three bat boxes and two bird boxes on trees.