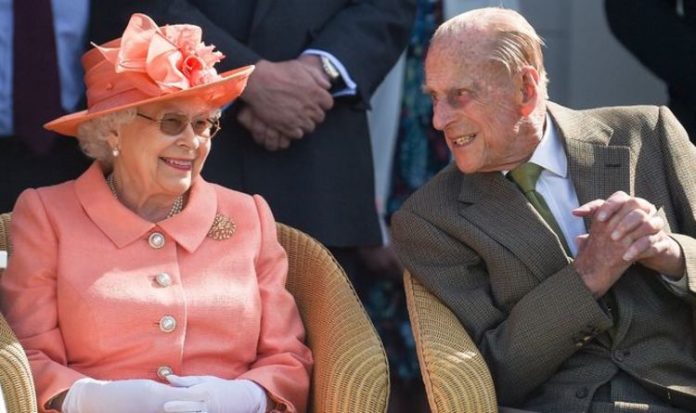 Her Majesty and the Duke of Edinburgh, who are third cousins, married on November 20, 1947. However, their love story dates back to when the Monarch was just 13 and Philip was Prince of Greece and five years her senior.

Marion Crawford, the Queen’s nanny, wrote in her book, Little Princesses, that Her Majesty “never took her eyes off him,” though he “didn’t pay her any special attention.”

Referring to the Queen affectionately as ‘Lilibet’, the author added: “Lilibet took pride in writing to a man who was fighting for our country.”

Ms Rhodes said: “She never looked at anyone else.”

She also wrote in the autobiography that “Elizabeth was truly in love from the very beginning.”

But the royal couple did not get engaged until eight years after they met at the wedding of Princess Marina of Greece and Denmark to Prince George, Duke of Kent.

They have now been married for 73 years, a milestone marked last November at Windsor Castle during coronavirus lockdown.

On Tuesday, Prince Philip was admitted to King Edward VII Hospital in London after “feeling unwell”.

In a brief statement, Buckingham Palace said: “His Royal Highness The Duke of Edinburgh was admitted to the King Edward VII Hospital in London, on Tuesday evening.