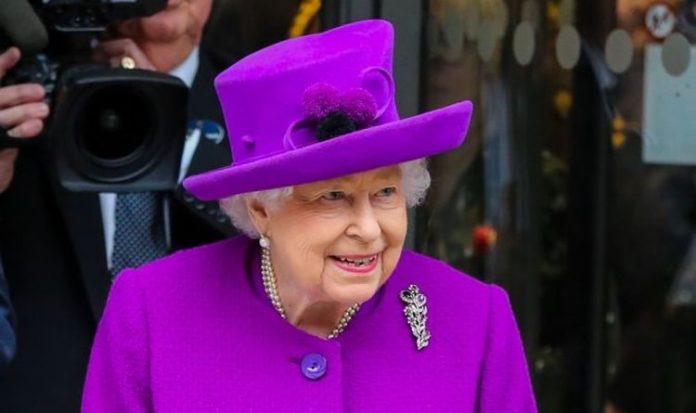 Her Majesty and Prince Philip will host an unusual Christmas this year. Other years the royal couple were joined by all their family members at the Sandringham estate to celebrate together.

However, this year the Royal Family will be divided as only three households will be allowed to mix during the festive period.

Last year she was joined by Prince Charles and the Duchess of Cornwall, the Duke and Duchess of Cambridge with their three children – Prince George, Princess Charlotte and Prince

The Princess Royal and the Earl and Countess of Wessex were also present during the royal celebration.

It is understood the Queen will make a decision in a few weeks’ time.

Among several options, the Queen could choose to invite Prince Charles and Camilla, although that would leave the Duchess of Cornwall unable to spend Christmas with her family.

The Monarch could also invite her other children, Princess Anne, Prince Andrew or Prince Edward.

The Queen’s Christmas has suffered a delay this year due to the coronavirus lockdown introduced by the Government in England.

“Christmas at Windsor Castle,” will span from December 3, 2020 until January 4, 2021, starting a few days later than last years.

A royal expert revealed the Queen was left feeling “a bit down” after the coronavirus lockdown.

Speaking to 9Honey royal commentator Katie Nicholl said: “I remember speaking to a very well-placed source at the time who said while the Queen was, like the rest of the country, was very down about the pandemic and not being able to work [as usual] and being in lockdown, the real upside for her was the time she got to spend with Philip.”

During lockdown the Queen and the Duke of Edinburgh have spent more time with each other than they have since the beginning of their marriage from 1949 to 1951.

Ms Nicholl added: “While some couples may have found that intensity of being together stretching or testing, they clearly got on very well – they really enjoyed that time together.”

There is also speculation over where the Queen will chose to spend Christmas, with a range of royal residences being discussed.

A palace source told : “Nothing has been resolved as staff are still refusing to quarantine from their families. So it’s looking almost certain they can’t have Christmas inside the big house at Sandringham.

“It is possible, of course, to arrange a smaller one for Philip and the Queen at Wood Farm cottage. But moving the Queen and Duke to Windsor, where they know the bubble works, makes it simpler to start planning to stay there for Christmas.”