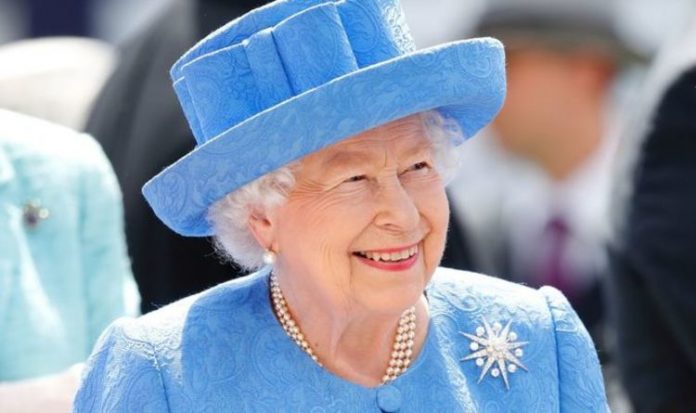 Her Majesty made a royal first by virtually hosting three ambassadors to the UK last week. The occasion marked Queen Elizabeth II’s first audiences at the palace since March due to the coronavirus pandemic.

Viktória Kumin, wife of Hungary’s ambassador to the UK, revealed what the royal virtual experience entailed.

Writing in The Telegraph, Mrs Kumin said: “I had read that Queen Elizabeth II is a charismatic character, sweeping anyone and everyone off their feet at personal audiences.

“What I found astounding was her ability to transfer this presence through a video call.

“The Queen was very friendly, inquisitive and well-prepared. She was easy to talk to, and relaxed.”

Mrs Kumin explained how she was surprised to receive a call from the palace to meet the Queen.

She wrote: “In the circumstances, we weren’t expecting to meet the Queen.

“So the call from the palace – with less than a week’s notice of the ceremony – to say she would start seeing ambassadors (by now 26 were waiting in line) came out of the blue.”

Mrs Kumin went on to reveal the details of the engagement and how the event was “simplified”.

Last week, the Royal Family’s official Twitter account shared a photo of the Queen hosting a virtual audience with Dr Ferenc Kumin, Ambassador from Hungary, and his wife Mrs Kumin.

The picture shows Her Majesty side-on with her computer, webcam and background setting.

The Queen wore a pale blue wool dress with pearls as she smiled into the webcam.

Underneath the computer monitor, sheets of A4 paper can be seen covered with text.

Her Majesty’s glasses were also visible on the table.

The Queen also held audiences with incoming ambassadors from Georgia and the Democratic Republic of Timor-Leste.

Due to the pandemic, Her Majesty and other members of the Royal Family have had to adapt the way they conduct royal engagements.

But Mrs Kumin wrote: “It seemed Her Majesty had found a way to outsmart the virus and continue working.”