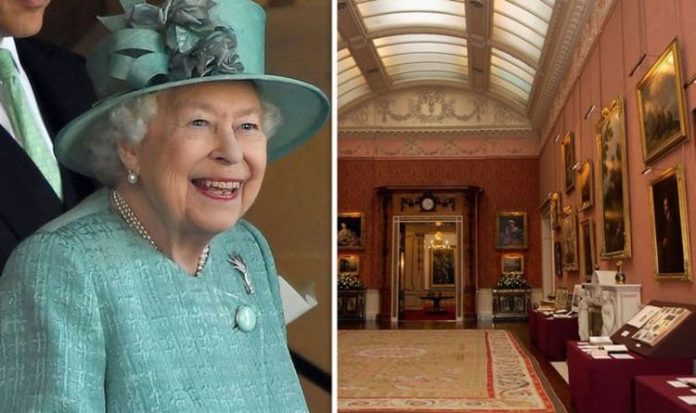 Queen Elizabeth II’s traditional base Buckingham Palace is currently undergoing extensive renovations – including to its picture gallery. While the gallery is usually hung with the Royal Family’s exceptional collection of Old Master paintings, these have been removed while the building’s roof is repaired.

Instead, the paintings will temporarily hang next door to the Queen’s gallery.

A royal finance expert has claimed the collection of artwork, which includes paintings by Canaletto, Titian and Vermeer, is estimated to be worth £100 million.

“In my book The Queen’s True Worth I estimate the combined value of Grand Masters at £100m.”

The author adds: “Their wills and the value of their estates are not made public as is the case for ordinary Britons.

“And their official papers at the National Archives in Kew are kept secret for 50 to 100 years in contrast to the normal release time of 20 to 30 years.

“Similarly, unlike normal state institutions, their official communications with the Government of the day are immune from Freedom of Information requests.”

Where does the Queen live?

Buckingham Palace is the Queen’s traditional administrative base but she has been moved away from London during the pandemic.

The Queen and Prince Philip are currently based at Windsor Castle where they are due to remain until the current lockdown is lifted.

Going forward it is understood the Queen will continue working from Windsor Castle and not return to Buckingham Palace full time.

The question of where Philip and the Queen will spend Christmas still hangs in the air.

Traditionally the mark the holidays at Sandringham with the rest of the Royal Family but this year’s plans will greatly depend on what lockdown measures remain in place after December 2.