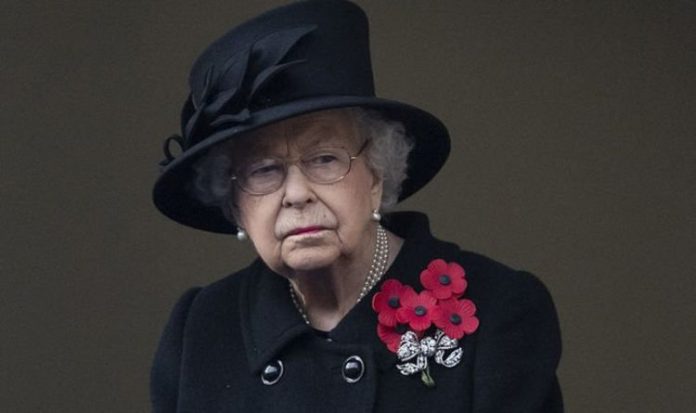 The Queen is “very proud” of her grandson Prince William and his wife Kate, the Duchess of Cambridge according to royal insiders. Sources speaking to Us Weekly revealed that the Queen has repeatedly singled out William and Kate for the “lack of drama and scandal” surrounding them. This appears to be a slight against Meghan Markle and Prince Harry, who have repeatedly sparked controversy since their departure as senior working royals in January.

The Queen, who speaks to Prince William once a week by phone, is putting in extra effort to prepare the Duke of Cambridge for the role of king.

William, who is second in line to the throne, is taking on a much more “hands-on” role in big decisions, according to royal insiders.

A source told Us Weekly: “Queen Elizabeth is allowing Prince William and Prince Charles to be more hands-on in the big decision making and changes that need to be played out in order to build a stronger monarchy.

“The Queen is set in her ways but over the years she’s learned to be more open-minded and takes great interest in hearing what they have to say, especially William who is relatable to the next generation.”

The royal insider also revealed that Kate and the Queen’s relationship has blossomed in recent months.

They said: “Kate has gone above and beyond to impress the Queen and it’s paid off.

“While their relationship remains formal, there’s mutual respect between the two parties.

“Queen Elizabeth finds it refreshing that there’s never any drama or scandal surrounding Kate and William.

They are unlikely to resume their duties once the one-year trial agreed with the Queen ends in 2021.

The Duke and Duchess of Sussex currently live in Montecito, California, with their son Archie.

His request was refused on the basis that the Duke of Sussex no longer represents the monarchy, according to The Times.