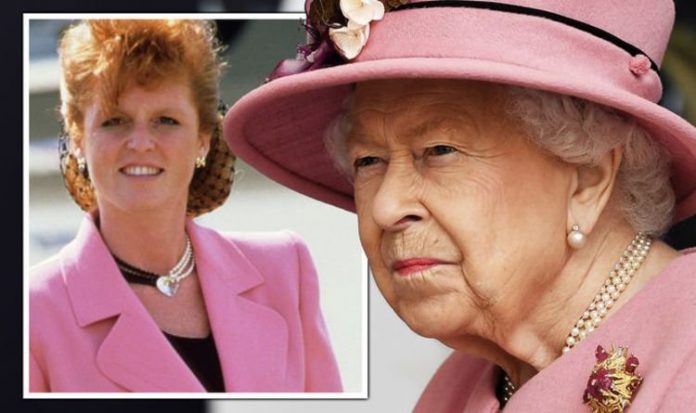 Mr Quinn said: “Apparently they were lying on the floor and bottles of champagne were being fired in every direction.

Ms Cundy also reflected on a practical joke played by Fergie and her friend during the hen night.

She said: “What the girls then did, as Prince Andrew was coming back from his stag-do, as he was about to enter Buckingham Palace, they got the policeman to stop him getting in.

“Prince Andrew was then forced to start reversing back.

“This is one hen do I wish I had been on, let me tell you.

“Fergie found it so funny but sadly a few of the royals weren’t laughing so much.

“They did get in quite a bit of trouble about it.”

“This is because it leads in all sorts of dangerous directions.”

Royal expert Richard Kay added: “Ron Ferguson, of course, would have said she is very much a chip off her father’s block.

“He loved mischief-making and if it helped his daughter relax ahead of the big day I think he would have very much been in favour of it.