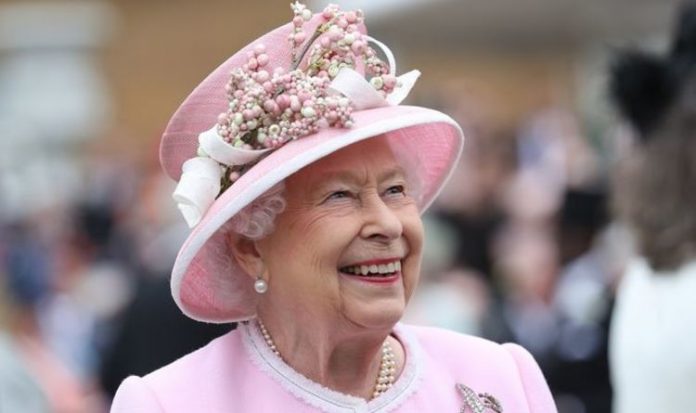 During a Zoom call this week, the 94-year-old monarch spoke to health leaders who are delivering the COVID-19 vaccination jab. She said those who refuse the vaccine “ought to think about other people, rather than themselves”.

She added it was important people were “protected” by the vaccine and said it “didn’t hurt at all”.

Now, historian Harry Mount said the Queen has an “extraordinary effect” on the nation and backing the vaccine “shows the nation she cares”.

He said: “But it is the Queen, more than any other Royal Family member, who really does have an extraordinary effect on the nation.

“The fact she went out of her way to back the vaccine shows the nation she cares.

“The chattering metropolitan classes may ask what difference her address will make – there must be more relevant people who can connect more effectively with the British?

“But the truth of it is that, for many people – and many of those from ethnic minorities – the Queen has a greater ‘nudge’ effect than anyone else on the planet.”

The Queen’s comments come after 72 percent of those in black and ethnic minority groups said they were unlikely to or very unlikely to be vaccinated.

Among Pakistani and Bangladeshi groups, this figure was 42 percent.

During her video call, the Queen added: “Once you’ve had the vaccine you have a feeling of, you know, you’re protected, which is I think very important.

“And I think the other thing is that it is obviously difficult for people if they’ve never had a vaccine… but they ought to think about other people rather than themselves.”

Overall, more than 120,000 people in the UK have died after testing positive for the deadly virus.

This is not the first time the Queen has spoken out in support of vaccinations following the rollout of the polio jab in 1957.

In January 1957, the Queen allowed the public to know that her children Prince Charles and Princess Anne had received the polio vaccine in order to ward off public fear.

Mr Mount wrote in his latest column in the Telegraph: “As one of the first 200,000 British mothers to have their children vaccinated, the Queen had a significant effect on public take-up of the jab.”

Polio is a disease which at its peak paralysed or killed over half a million people worldwide every year.

According to the World Health Organisation, the disease mainly affects children under the age of 5 and a polio vaccine can protect a child for life.

The vaccination programme helped cases of polio fall dramatically and since the 1980s, no cases of the disease have been registered in the UK.