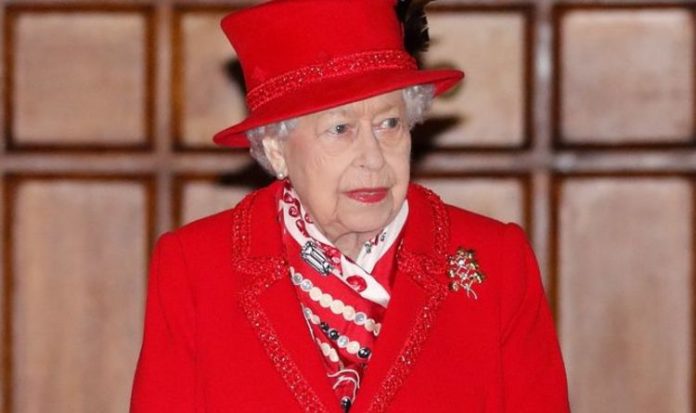 The Queen, like more than 16 million people across the country, will have to live under the new Tier 4 coronavirus restrictions for the time being. The 94-year-old monarch is currently shielding in her Winsor Castle residence in the county of Berkshire. Royal Rota podcast hosts Chris Ship and Lizzie Robinson discussed what this may mean in reality for the head of the Royal Family.

Mr Ship told listeners: “London’s in Tier 4 now, if you’re following the English system, which are the highest level of restrictions.

“As well as other parts of the southeast, including the Queen actually.

“Berkshire’s gone into Tier 4, and she’s in Windsor Castle.

“I mean, she probably wasn’t planning to go out to Pizza Express anyway.”

READ MORE: Kate and William forced to ‘separate’ on appearance due to Queen

Ms Robinson added: “She’s being quite careful about the whole pandemic anyway.

“But she can feel our pain of being Tier 4 in any case.

“I’m sure the change has to affect at least the castle in some way.

“I suppose no more photo ops outside the grounds for now.”

One was confirmed as Paul Whybrew, the Queen’s Page of the Backstairs.

He is known to be her most trusted aide and is affectionately nicknamed ‘Tall Paul’.

The other part of the ‘dream team’ was the Queen’s dresser, Angela Kelly.

She has served as Personal Assistant and Senior Dresser to the monarch since 2002.