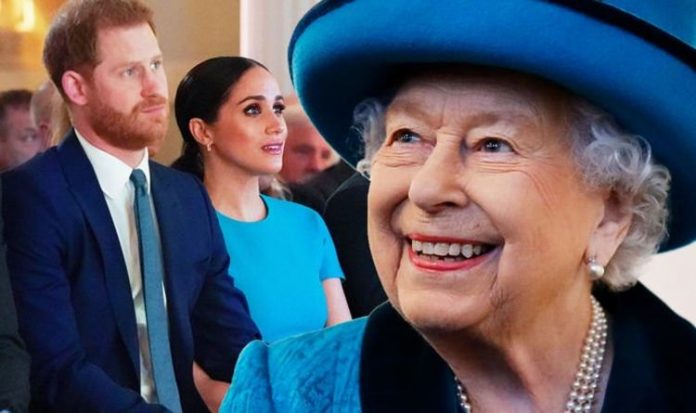 The Queen, 94, described trusted sources of information as “vital” in her message of support for the News Media Association’s (NMA) week-long Journalism Matters campaign, which kicks off today. She also paid tribute to the “invaluable” efforts of local, regional and national newspapers supporting communities during the pandemic.

The Queen says in her message: “The COVID-19 pandemic has once again demonstrated what an important public service the established news media provides, both nationally and regionally.

“As our world has changed dramatically, having trusted, reliable sources of information, particularly at a time when there are so many sources competing for our attention, is vital.

“The efforts of the news media to support communities throughout the United Kingdom during the pandemic have been invaluable – whether through fundraising, encouraging volunteering, or providing a lifeline for the elderly and vulnerable to the outside world.”

The NMA’s annual Journalism Matters campaign celebrates journalism and will feature an online vote to determine which local and national campaigns from the past year are the public’s favourites.

The organisation is the voice of national, regional and local news media organisations in the UK and promotes the interests of news media publishers to Government and regulatory authorities and industry bodies.

The Queen’s comments contrast with the Duke and Duchess of Sussex’s more strained relationship with sections of the press.

Meghan and Harry are taking multiple legal actions against the media.

“In other words, the couple had lined themselves up against three of Britain’s biggest media companies – without talking to the Queen or Prince Charles first.”

Meghan, 39, and Harry, 36, announced bombshell plans to quit as senior royals in January.

They unveiled their Sussex Royal website which attacked the UK’s newspapers and revealed they would no longer participate in the Royal Rota system used by the Royal Family for more than 40 years.

READ  The situation in and around Nagorno-Karabakh: UK statement, 22 October

The Queen held a crisis summit with Charles, Prince William and Harry to discuss the Sussexes’ future roles.

Battle of Brothers claims the Queen felt Meghan and Harry were “erratic and impulsive” in making their departure from the Royal family.

They are now living in a mansion in California with their young son Archie.

The Queen’s grandson and the former actress have signed a multi-million pound deal with Netflix to make shows for the streaming service as they launch new careers outside of the Royal Family.