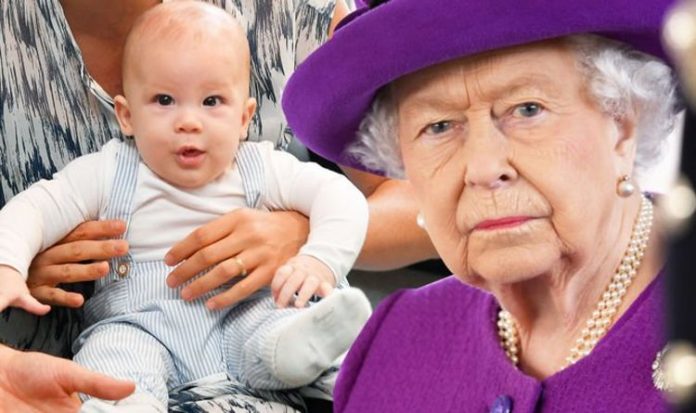 The Queen, 95, and the Duke and Edinburgh, 99, have not seen little Archie for almost a year following Meghan and Harry’s decision to quit their royal roles at the end of March and live in the US. The Duke and Duchess of Sussex had planned to return to England this winter ahead of Meghan’s privacy trial in January.

But earlier this week, the Duchess of Sussex won her request to postpone privacy action against the Mail on Sunday over the publication of a letter to her estranged father.

Meghan, 39, is suing Associated Newspapers Ltd, over an article which reproduced parts of the handwritten letter sent to 76-year-old Thomas Markle in August 2018.

At a High Court hearing in London on Thursday, Mr Justice Warby agreed to adjourn the trial – which was due to start on January 11 next year – until the autumn.

“As that is no longer happening, there are no plans to travel at the moment, but any travel plans will be kept under review.”

The couple had been due to visit the UK earlier this summer but plans were rocked by coronavirus travel restrictions.

Meghan and Harry are currently living in Santa Barbara in Los Angeles and would also need to quarantine for 14 days upon arriving in England.

Christmas plans for the royals, like the rest of the UK, remain on hold due to the second national lockdown.

At a press conference on Saturday, the Prime Minister said: “Christmas is going to be different this year, perhaps very different.

“But it’s my sincere hope and belief that by taking tough action now we can allow families across the country to be together.”

Speaking earlier this month, he said: “We were both there for his first steps, his first run, his first fall, his first everything.”

Meghan added: “And it’s just fantastic because I think in so many ways we are fortunate to be able to have this time to watch him grow, and in the absence of COVID we would be travelling and working more externally, and we would have missed a lot of those moments.

“So I think it’s been a lot of good family time.”