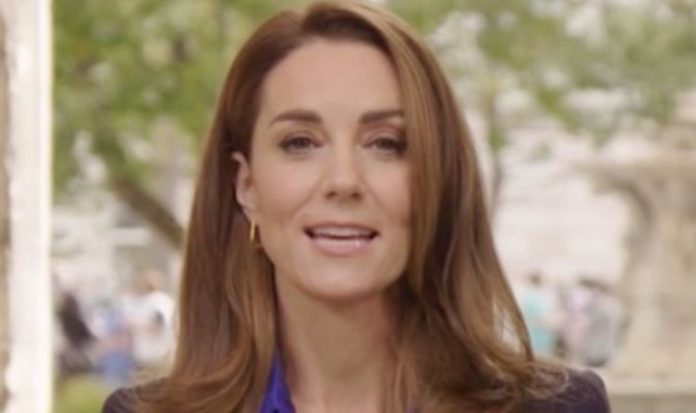 Kate, the Duchess of Cambridge, said she and Prince William had been “inspired” by NHS doctors and nurses for their commitment to patients during the lockdown. The Duchess of Cambridge paid homage to the sacrifices made in support of the country as she recounted her own experience of joining the Clap for Carers every Thursday in support of NHS staff. The heartfelt message came in a preview clip ahead of the Daily Mirror Pride of Britain Awards, in partnership with, TSB for broadcast on ITV at 9pm on Sunday evening.

The Duchess of Cambridge said: “During the lockdown, we joined people up and down the country to applaud the NHS and key workers each week.

“Their hard work still goes on and we remain indebted to them for all they do.”

She continued: “Through our conversations with frontline workers during the pandemic, we have been inspired by their stories of bravery and selflessness.

“Many have had to leave their families for weeks on end, some have come out of retirement to help, while others have stepped into new roles to play their part in the fight against coronavirus.

“And it is not just the medical teams – all NHS staff have played a crucial role through this time.”

Prince William, the Duke of Cambridge, joined in the tribute as he insisted the country has much to owe to the NHS and social carers.

He said: “The devastating impact of the coronavirus pandemic has reminded us as a nation of how much we owe to the thousands of NHS workers who have gone far beyond the call of duty this year.

“They have worked tirelessly around the clock, with humility and compassion, in the most challenging of circumstances, putting their own lives on the line to help others. “

READ  The Kansas Senate Primary Has Arrived, and the Anxiety Over Kobach Is High – (Reports)

“We cannot thank you enough. On behalf of a grateful nation, it is a tremendous honour for Catherine and I to present this special recognition award to the army of dedicated NHS staff.”

In a subtle tribute to the national health service, the Duchess donned a blue blouse decorated with little rainbows, which have become an unofficial symbol of support for NHS staff and social carers working through the pandemic.

Critical care physiotherapist Charlotte Greenfield from London’s Royal Free Hospital, one of the recipients of the Pride of Britain Awards, said she was “flattered” by the recognition.

Ms Greenfield said: “What was really nice was that the Duke and Duchess were asking us questions, they were genuinely interested.

“I don’t think Prince William knew there was a different branch of physiotherapy in terms of respiratory, so I was explaining to him. I educated him a little on my role. I explained exactly how it had been. I kept using the word sweaty to him, but it really was.

“They were absolutely lovely and kept asking genuine questions.”

Ms Greenfield was one of six NHS heroes representing the NHS being recognized at the Pride of Britain Awards.

Prince Charles will also be joining Kate and Prince William to celebrate the Pride of Britain Awards as he will mark the 20th anniversary of the Prince’s Trust Young Achiever award, and having helped over one million young people since launching the trust in 1976.