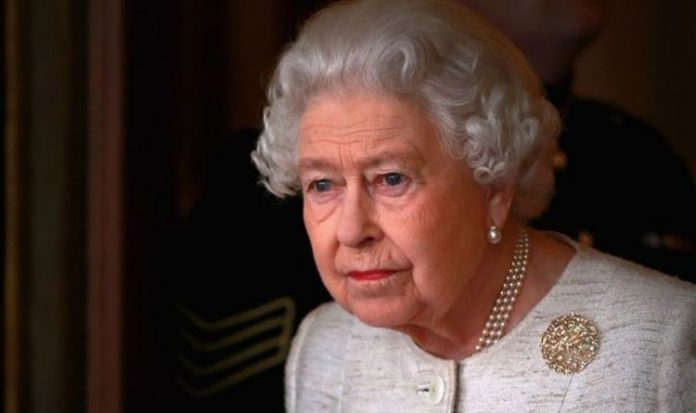 Denmark’s Queen Margrethe II has announced she will spend the Christmas festivities privately with one of her sons and his family. A statement issued by the Danish palace read: “HM The Queen will celebrate Christmas this year at Schackenborg Palace together with TRH Prince Joachim and Princess Marie and TH Prince Nikolai, Prince Felix, Prince Henrik and Princess Athena.”

The heir to the throne, Prince Frederik, will spend the holidays with his wife Mary and children.

This announcement prompted royal author Phil Dampier to predict what Queen Elizabeth II and her family may decide to do following the Government’s announcement regarding the easing of lockdown measures over the Christmas period.

He wrote on Twitter: “A slimmed down Christmas for the Danish Royals.

“Suspect it will be the same for the British Royal Family.”

The Queen and Prince Philip have been spending the Christmas period at their Norfolk estate for the past three decades.

However, this year the threat of coronavirus and restrictions in place makes it impossible for the elderly royals to celebrate the festivities with as many members of their extended family as they are used to.

Yesterday, the British Government thrashed out plans that will allow up to three households to form a “Christmas bubble” and meet between December 23 and 27.

The bubbles will remain the same throughout the festivities, which means people meeting on Christmas Day won’t be able to mix with different households on Boxing Day.

Bubbles will be allowed to meet in each other’s homes, at a place of worship or in an outdoor public space or private garden.

During the window set by the Government, Britons will also be allowed to visit relatives across the country, with all travel restrictions temporarily eased.

Only people who are self-isolating, have tested positive or have coronavirus symptoms are barred from joining any bubbles or leaving their homes over Christmas.

This means the Queen and Prince Philip would be allowed to travel to Norfolk to celebrate their holidays at Sandringham House.

However, only two other households would be able to spend Christmas with them, creating a potentially difficult decision to choose among family members.

Prime Minister Boris Johnson has also asked people to use their “personal judgement” on whether to visit elderly relatives, amid fears they could contract COVID-19.

He added: “Many of us are longing to spend time with family and friends… And yet we can’t afford to throw caution to the wind.”

The Queen, who is self-isolating with her husband of 73 years at Windsor Castle, has already seen a change in her Christmas traditions.

Every year, her Berkshire castle is lavishly decorated in late November and opened to the public until early January for royal fans to admire the stunning decorations.

Due to the ongoing national lockdown, the launch of ‘Christmas at Windsor Castle’ has been pushed back to December 3.