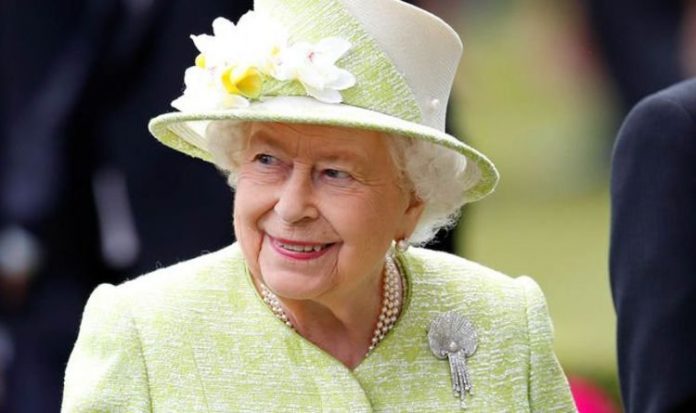 The Queen is known for her love for horses and horse racing, being a skilled horse rider and successful punter herself. Royal Ascot in particular is said to be one of the first events pencilled in her diary every year.

And the Government roadmap out of lockdown unveiled by Mr Johnson on February 22 gives the Queen hope to be able to return to the Windsor racecourse within just a few months.

In a statement issued after the Prime Minister’s speech on Monday, Guy Henderson, chief executive at Ascot said: “On 22nd February the Prime Minister announced the Government’s roadmap out of lockdown and that the return of spectators to sporting events will begin no earlier than 17th May.

“The Government roadmap will move forward in steps every five weeks (including one week notice periods) from 8th March.

“Assuming the Government plan remains on track, we therefore look forward to being able to welcome racegoers to Royal Ascot.”

Queen news: The Queen may be able to attend Royal Ascot in June (Image: GETTY)

According to the roadmap unveiled on Monday, from May 17 at the earliest, sports venue will be allowed to host a maximum of 1,000 people (or filling half of their capacity, whichever is lower) indoor and up to 4,000 people, or half-full, outdoor.

However, lockdown measures will be eased only when the four tests set by the Government are met.

These include the deployment of vaccines against coronavirus at a successful rate, evidence showing vaccines are sufficiently effective in reducing hospitalisations and deaths in those vaccinated, infection rates not surging despite the eased measures and a positive assessment regarding new variants of concern.

The Government hopes to reach the last step of its roadmap, which means total freedom from lockdown restrictions, on June 21 the earliest.

Then, venues won’t be required to limit the number of guests they host.

But, as Royal Ascot is set to take place between June 15 to 19, the racecourse will still need to impose capacity limits this year, Mr Henderson said.

He continued: “The Prime Minister announced that capacity limits will be in place.

“We will continue to formulate plans based on the Government’s roadmap and will provide a further update as early as possible in April when the start of step two is confirmed.”

Queen news: The Queen earned more than £7million from horse racing in three decades, it has been claimed (Image: GETTY)

Due to the coronavirus pandemic, last year the races were hosted behind closed doors.

This meant that, for the first time in 68 years, the Queen did not attend in person Royal Ascot.

Speaking about the importance of these races for the monarch, royal expert Richard Fitzwilliams told Express.co.uk last year: “The dates for Royal Ascot, that glorious annual kaleidoscope of colour and the highlight of the Season which features some of the world’s most exciting races, are the first entries entered in the Queen’s diary each year.

“She is one of the world’s keenest followers of the turf and an expert on equine matters.

“She was given her first pony at the age of four and still rides at 94.

“She follows in the footsteps of Queen Anne, who founded Royal Ascot in 1707 and George IV and Edward VII, monarchs who were also racing enthusiasts.

The Queen is believed to have earned a staggering amount from horse racing throughout the years.

According to data compiled by MyRacing.com in March 2018, a British racing news and tips site that analysed public records of the British Horseracing Authority, the Queen racked up more than £7million in 30 years of racing.

The skilled punter is believed to have claimed 452 race wins out of a total of 2,834 races for her horses, a 15.9 percent win rate.

2016 was a particularly successful year for the Queen, when she earned more than £625,000 from race horses, the data showed.

While these gains surely look eye-watering to most, racing expert Sean Trivass said the Queen is still a relatively small player in the sport and may have just broken even over the past few years considering how much it costs to buy, train and keep race horses.

“No one would do this to make money and it seems safe to say she doesn’t necessarily need to make a profit.”