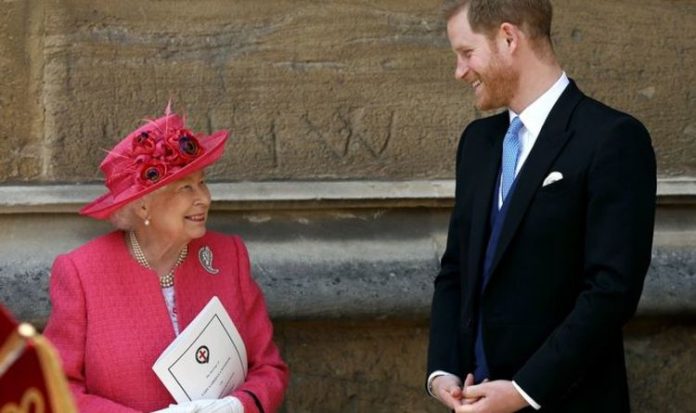 Janette Manrara told Channel 5’s Jeremy Vine programme that the Duke of Sussex should be allowed to retain his military titles. She added that Prince Harry was not born with those titles but earned them through dedication and hard work. The discussion on the future of the titles has emerged as the Queen is due to review the arrangement struck with Harry and Meghan Markle when they departed the Royal Family last year.

Ms Manrara said: “He has devoted 10 years of his time, done two tours in Afghanistan, created the Invictus Games for veterans.

“To take any of those efforts or any of the things he has devoted time to.

“Sovereignty he was born into, he did not have to choose to do the things that he has done for the Armed Forces.

“In my opinion, he should definitely keep them.”

Mr Fitzwilliams said: “The relationship between the monarchy and the military, which dates from when kings led their armies into battle, is much prized.

The royal commentator also stated that Meghan Markle and Prince Harry will keep their royal titles.

Mr Fitzwilliams told Express.co.uk: “I think Harry and Meghan will undoubtedly keep their royal titles which are in the gift of the Queen, though not use the HRH as agreed.”

Mr Fitzwilliams added: “Clearly there are boundaries which they ought not to cross and this matter will be looked into when the agreement made with the Queen at Sandringham is reassessed.”

Prince Harry and Meghan Markle are due to sit down with the Queen to discuss their future relationship with the monarchy as it approaches 12 months since the couple stepped down as senior royals.