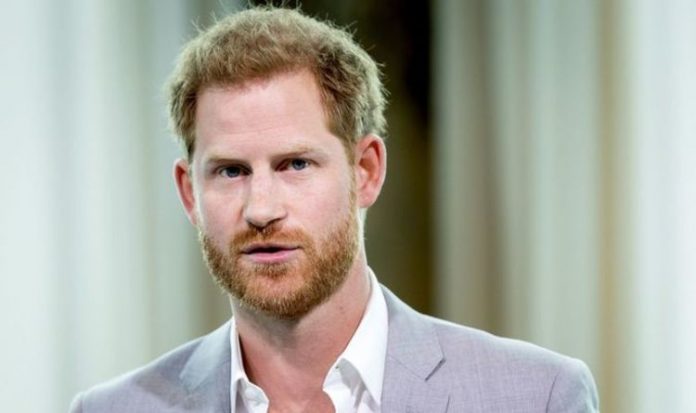 Prince Harry and Meghan Markle announced yesterday they would be permanently stepping down as senior members of the Royal Family. As Megxit has now become lifelong, the Duke and Duchess of Sussex will lose their patronages and Harry will officially forgo his honorary military titles. But Daily Express royal correspondent Richard Palmer has said if the couple do wish to return, they could follow the precedent of another non-working royal.

Writing in response to the latest Megxit revelations, Mr Palmer said on Twitter: “Where the Sussexes may find more sympathy is the question of Prince Michael of Kent.

“As we reported on February 2, he has seven military patronages despite not being a working royal.

“He runs his own business consultancy.

“Prince Michael also attends state banquets, very useful if you are looking to make overseas business contacts, some might think.”

But the royal expert revealed that Harry has never been a fan of state banquets.

Prince Michael is a paternal cousin of the Queen and is 48th in line to the throne.

On Friday Meghan and Harry confirmed they had no intention to return as full-time working royals at the end of their 12-month Megxit review period in late March.

Just minutes after the palace made this groundbreaking announcement, Meghan and Harry issued their own statement.

Prince Harry has now formally lost his three honorary military titles of Captain-General of the Royal Marines, Honorary Air Force Commandant of RAF base Honington and Honorary Commodore–in–Chief of Small Ships and Diving.

Similarly, Meghan has lost the two patronages inherited from the Queen in January 2019 – the National Theatre and the Association of Commonwealth Universities.

But the pair will keep working with a number of not-for-profit groups that were not bestowed by the Queen.

Harry will continue his links with the Invictus Games tournament and Meghan will continue working with Smart Works Charity and the Mayhew animal shelter.