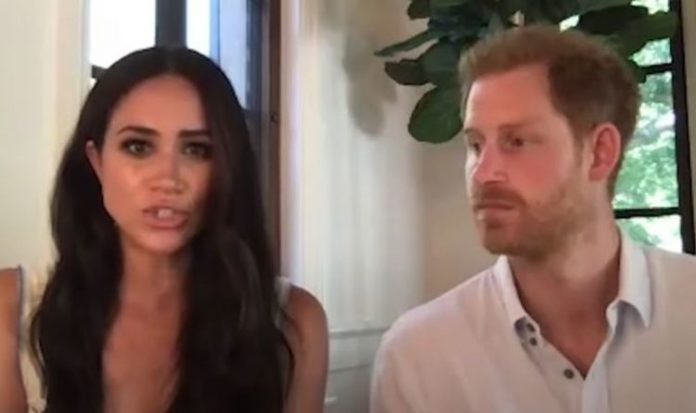 The Duke and Duchess of Sussex will sit down for an interview with Oprah and are expected to talk about their experience as working royals as well as their plans for their future outside the Firm. The chat will be aired on March 7 in a 90-minute programme titled Oprah With Meghan And Harry: A CBS Primetime Special.

Royal biographer Penny Junor has warned the Sussexes should not expect Oprah to go easy on them as she presses her interviewees for answers.

The couple are friends of the host and last year bought an £11 million mansion in Montecito, California, close to Oprah’s Santa Barbara home.

“She gets very good material, that’s why she’s the top of her field.

“And I cannot think that she will go softly on these two because they are friends.

“Ninety minutes is a long time to be in conversation with someone.”

Oprah, 67, is among the most well-known TV hosts in the United States and has been dubbed the “Queen of All Media”.

Her career in the competitive industry spans more than four decades.

Her interview with Harry and Meghan comes as the couple are expecting their second child.

The baby is though to to be due at the end of spring or early summer.

On Friday, Harry, 36, and Meghan, 39, announced they would not return to the Royal Family as working members.

The couple released a statement detailing their decision not to return to the fold less than a year after they signed the Megxit deal with the Queen, 94.

Buckingham Palace also released a statement confirming the duke and duchess had decided to keep their distance.

The palace said the couple had given up their royal patronages and Harry had been stripped of his honorary military titles.

The military appointments and royal patronages “will therefore be returned to Her Majesty, before being redistributed among working members of the Royal Family.”

A spokesperson for Harry and Meghan said the pair “remain committed” to serving the organisations they were affiliated with, regardless of officials roles.

Harry is due to fly back to the UK in June for the annual Trooping the Colour parade and Prince Philip’s 100th birthday.