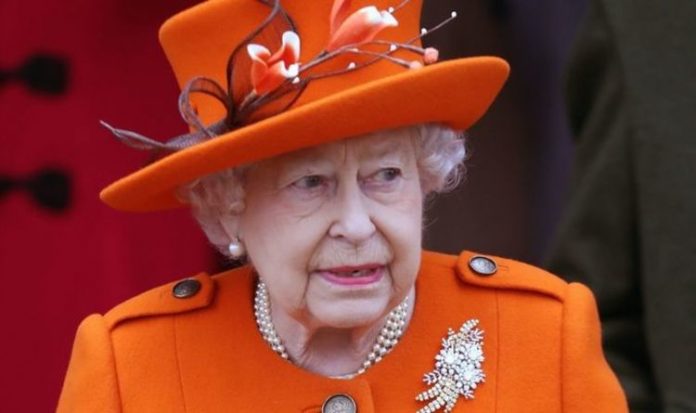 The Queen, Prince Charles and Prince William met with Harry last January to discuss the terms of his and Meghan’s exit from the Royal Family as senior royals. The royals agreed on allowing the Sussexes to live abroad and retain their patronages. They also gave Meghan and Harry the go-ahead to pursue profitable ventures and become independent from the Sovereign Grant.

In turn, the Duke and Duchess of Sussex were barred from using their His/Her Royal Highness (HRH) styles – which is usually given only to people close to the throne – despite not having been stripped of them.

Meghan and Harry were also forbidden from using the term ‘royal’ in their future ventures, which meant they had to give up their first brand name Sussex Royal.

Meghan and Harry accepted the terms of Megxit a few days after having announced with a bombshell statement shared on Twitter their plans for the future.

Should Queen strip Meghan and Harry of ALL royal privileges in Megxit review? (Image: GETTY)

The Sussexes outlined what was later dubbed a ‘half in, half out’ solution, which would have granted them to retain more royal privileges – including the possibility to serve the Crown through royal engagements and tours while also pursuing financially profitable ventures.

Hours after the Queen released a personal statement following the summit at Sandringham in which she outlined the terms of the Sussexes’ exit, Prince Harry opened up about the deal.

During a charity event dedicated to his organisation Sentebale, the Duke suggested he did not get what he wanted from the summit.

The Royal Family gathered on Christmas Day in 2018 (Image: GETTY)

He said: “What I want to make clear is we’re not walking away, and we certainly aren’t walking away from you.

Meghan Markle and the Queen during their joint engagement in Cheshire (Image: GETTY)

Despite having compromised on the terms of their exit, Meghan and Harry pledged to uphold the values of the Queen.

In March next year, 12 months after Meghan and Harry officially stepped down as senior royals, the Queen, Prince Charles and Prince William will review the agreement in place.

As explained in February by a palace source, the review will be used to make sure “the arrangement works for all parties”.

Over the past few months, some royal watchers and commentators have called for Meghan and Harry to be completely stripped of their titles after the Duke and Duchess of Sussex openly spoke about issues other royals usually shy away from, such as racial equality and voter registration, or for their new financial deals.

After Meghan took part in a virtual event urging women to register to vote in the US election in November, TV host Piers Morgan lashed out at the Duchess on Twitter, saying: “The Queen must strip the Sussexes of their titles.

“They can’t remain as royals & spout off about foreign elections in such a brazenly partisan way.”

After the Duke and Duchess struck a multi-year deal with Netflix and became TV producers exclusively for this platform, former MP Norman Baker argued the couple got picked only because of its royal connections.

He said: “Let’s be frank about this, Netflix wouldn’t be offering a huge deal to Harry because of his interesting views, they are offering him a deal because of his connections with the Royal Family.”

Other royal experts, however, believe the March review won’t bring much change to the current agreement in place, and have ruled out the Queen would ever take away her grandson and granddaughter-in-law’s titles.

Among them, there is royal author Robert Lacey, who warned the monarch against taking away the titles from the Sussexes.

Asked whether he thought Meghan and Harry could be stripped of their titles in the future, the author has previously told Express.co.uk: “I would imagine that if this is the way ahead, it will be presented as them doing it to their own accord.

“I think for the Queen to strip them of their title would be a damaging act for their reputation and the reputation of the monarchy.”