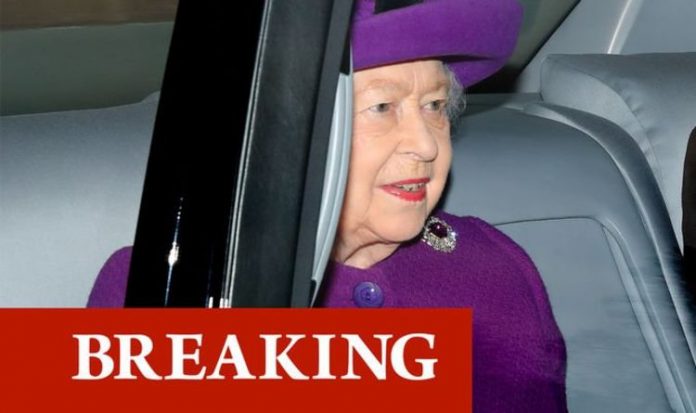 The Queen appears to have returned to Windsor Castle to resume her work after a two-month-long summer break. An entry in the Court Circular, the official register where the Royal Family records its official engagements, said the Queen’s Lord-Lieutenant of Essex welcomed the president of Ukraine and his wife to Stansted Airport on behalf of the monarch.

This event was recorded under the household of Windsor Castle, suggesting the monarch has once again taken residence at Berkshire.

The entry reads: “Mrs Jennifer Tolhurst (Her Majesty’s Lord-Lieutenant of Essex) was present at Stansted Airport, London, this evening upon the Arrival of The President of Ukraine and Mrs Zelenska and welcomed Their Excellencies on behalf of The Queen.”

Highlighting this entry in the Court Circular, royal expert Joe Little wrote on Twitter: “The Queen has returned to Windsor Castle after her sojourn on the Sandringham Estate.”

The Queen spent first five months of the coronavirus pandemic at Windsor Castle with Prince Philiip.

The pair arrived in Berkshire togeteher on March 19, after the monarch completed her last private audiences at Buckingham Palace.

From there, the Queen continued to hold weekly meeting with Prime Minister Boris Johnson, albeit via phone rather than in person, and even took part to engagements via video link.

Most notably, while in Windsor the monarch delivered two poignant speeches to the country, one in April to urge Britons to be strong at the height of the first wave of COVID-19 infections and one in May to mark the 75th anniversary of VE Day.

Windsor Castle has also been the theatre of a stripped-down Trooping the Colour parade attended by the Queen alone.

Prince Philip, who retired from public duties in August 2017, also carried out an engagement in the Quadrangle.

In July, the 99-year-old Duke of Edinburgh officially stood down from his role of Colonel-in-Chief of The Rifles regiment and passed the honour on to Camilla, Duchess of Cornwall.

The Queen and Prince Philip reached Balmoral Castle in early August, where they were visited by a few members of the Royal Family included Princess Eugenie and Jack Brooksbank, the Wessexes and the Cambridges.

On September 16, cut short their stay in Scotland and headed to Sandringham, where they spent privately the past few weeks.

From her Norfolk estate, the Queen issued a personal statememnt to mark the death of the emir of Kuwait, Sheikh Sabah.

While the monarch and Prince Philip were at Sandringham, Buckingham Palace also announced the decision to cancel all the ceremonies and receptions still scheduled for 2020.

He added:  “It remains the Queen’s intention to live at Windsor Castle but still to use Buckingham Palace for certain official duties and engagements.

“Obviously, we now know they will only be very small ones, not any that necessitate a large crowd of people.”