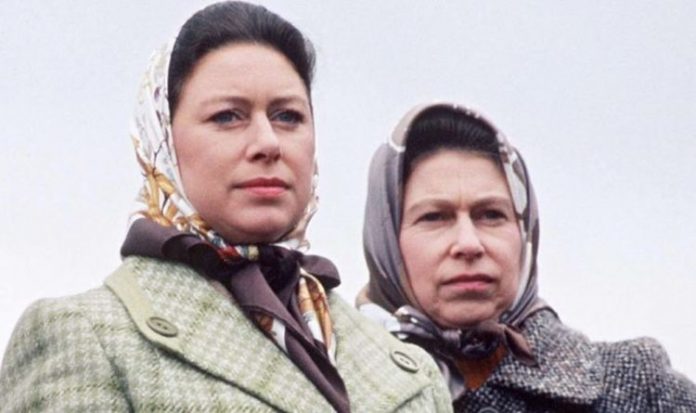 With the anniversary of Princess Margaret’s death and funeral occurring this week, further insight has been given into the royal’s interesting life. Royally Obsessed podcast hosts Roberta Fiorito and Rachel Bowie discussed claims that the Queen made a huge mistake by denying her sister’s request to marry divorced courtier, Group Captain Peter Townsend. The relationship had been considered quite controversial at the time.

Ms Fiorito told listeners: “There was a quote in Margaret’s obituary that was actually taken from 1995 when Peter Townsend passed away.

“It was from Harold Brooksbank, who was a genealogist in the UK.

“He said, ‘In my opinion, the Queen barring her from marrying Townsend was the turning point to disaster for the Royal Family.

“‘After Princess Margaret was denied marriage, it backfired and, more or less, ruined Margaret’s life.”

She continued: “‘The Queen decided that from then on anyone someone in her family wanted to marry would be, more or less, acceptable.

READ  Public Health England: Who created PHE? Is it part of the NHS? (Reports)

“‘The Royal Family and the public now feel they’ve gone too far in the other direction’.

“What he’s saying is that the Queen is really trying not to be a blocker.

“It might not be directed at a couple in particular, but it’s saying that she’s given everyone the freedom.”

However, the Group Captain was not seen as a suitable match for the sister of the Queen.

He was 15 years older, a commoner and a divorcee at a time when the Church of England didn’t recognise divorce.

Due to the 18th century Royal Marriages Act, Margaret needed her sister’s permission for the marriage to go ahead.

Bound by her position as Supreme Governor of the Church of England, the monarch had to tell the pair she couldn’t get involved.

In October 1955, Princess Margaret issued a statement ending the relationship, citing her “duty to the Commonwealth” as motivation behind the break.