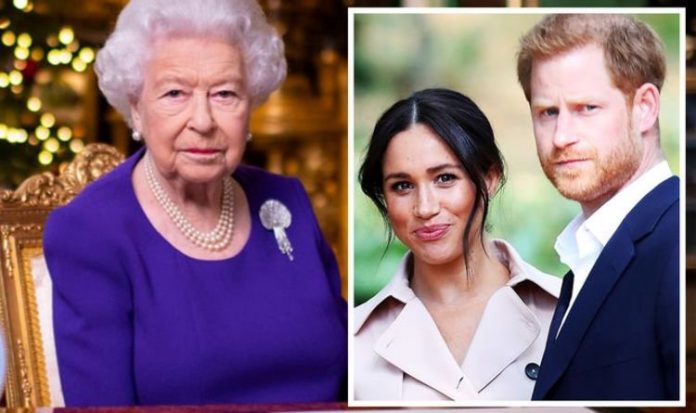 The Queen’s Christmas speech aired as usual at 3pm today, as Her Majesty told Britons “you are not alone” in a historic and emotional address. But fans were left disappointed as Meghan Markle and Prince Harry were not referenced in the 10minute speech.

People took to social media to comment on their absence.

A third wrote: “Fascinating in the Queen’s speech that Harry has been written out of the family. Prince Charles prominent and also William but no Harry. The question this speech left you with was Harry who. Did such a figure ever existed.”

Another person said: “No picture of Meghan and Harry on her desk and no clips of them in the montage? lmao the queen is petty as hell.”