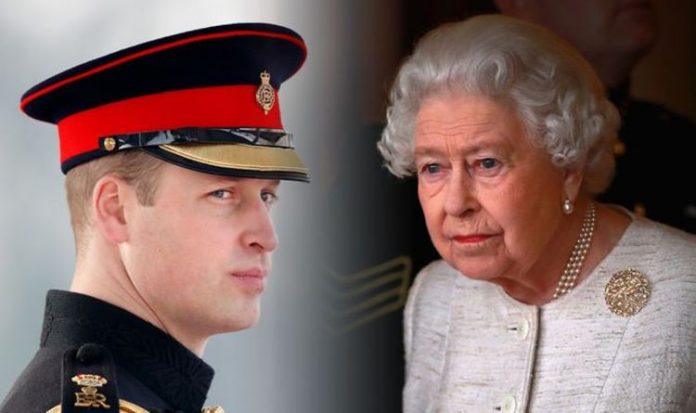 Queen Elizabeth II was the heir to the throne from the age of 10, following the abdication of her uncle King Edward VIII and her father’s accession to the throne. Known then as Princess Elizabeth, she was the eldest child of King George VI and the Queen Mother, and she was known as heiress presumptive until her father’s death in 1952.

Although she was acknowledged as next in line to the throne, Princess Elizabeth was never given any of the royal titles usually bestowed to male heirs.

The Queen’s eldest child Prince Charles is the current heir to the throne, and as such he uses a number of additional royal titles.

As well as being a Prince, Charles is also Prince of Wales, Duke of Cornwall, and the Duke of Rothesay when he visits Scotland.

All of these titles are exclusively reserved for the heir to the British throne.

READ MORE: Royal views: Did the Queen like Margaret Thatcher?

But Princess Elizabeth was never allowed to use any of these titles on account of her status as a woman.

Due to old-fashioned royal rules, it was always assumed Elizabeth would only ascend the throne if her father did not have any sons.

The King and Queen Mother had two daughters, but if they had a son he would have taken precedence over Elizabeth in the line of succession.

So Elizabeth was simply known as Princess Elizabeth, until the moment she inherited the crown and became Queen Elizabeth II.

As the male heir to the throne, Prince Charles automatically received the titles of Duke of Cornwall and Duke of Rothesay upon his mother’s succession.

The Duchy of Cornwall includes extensive wealth and land, and has been exclusively used by the male heir to the throne for centuries.

The official website states: “The Duchy of Cornwall is a private estate established by Edward III in 1337 to provide independence to his son and heir, Prince Edward.”

When Prince Charles becomes King, his firstborn son Prince William will automatically inherit the Duke of Cornwall title and the Duchy with it, as he will then be heir to the throne.

However, as for the Prince of Wales title, William will not automatically receive this.

Although unlikely, Charles could even decide not to give the title to William after he ascends to the throne.

The Constitution Unit at University College London (UCL) explained how the decision to create the Prince of Wales title lies solely with the monarch.

The Constitution Unit said: “Charles was created Prince of Wales in 1958 when he was aged 10, with an investiture at Caernarvon Castle in 1969.

Although the Queen was never entitled to use the Duke of Cornwall or Prince of Wales titles, there is one unique title she currently holds as Queen.

The Duchy of Lancaster is a source of funding for the British monarch, and as she is the current holder of the Duchy she is also entitled to the style of Duke of Lancaster.

The Duchy of Lancaster website explains: “The title Duke of Lancaster continues to be used, even for a female monarch.

“At gatherings of Lancastrians within the County Palatine and worldwide, the toast is: ‘The Queen, Duke of Lancaster!’”