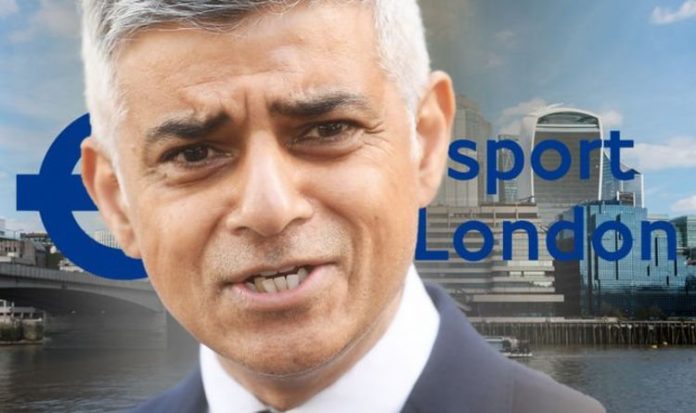 Figures showed the number of staff at Transport for London earning more than £100,000 a year has increased by nearly 100 to 557 since the Labour mayor took office in the capital four years ago. The bill for the six-figure salaries has increased by 15.8 percent to an eye-watering £73million over the period, said the analysis from Shaun Bailey, the Tory candidate in next year’s mayoral election.

Mr Bailey published the figures on Thursday following the growing row about a funding crisis threatening to cripple the transport network.

Transport for London (TfL) is seeking a second bailout from the Government to stay afloat after being given £1.6billion earlier this year.

Sadiq Khan, who had pledged to cut executive pay at the quango, is blaming the slump in passenger journeys during the coronavirus pandemic for the cash crisis.

But the Tories accuse him of lavish spending and a reckless decision to freeze ticket prices.

In recent weeks, Mr Bailey’s campaign has revealed that more than £828million has been misspent on gold-plated pensions at Transport for London.

Staff at the quango are also entitled to nominate another member of their household, including a lodger, for a pass giving free travel on the Underground, bus, and overground rail networks at a cost to Londoners of £42million a year.

“But since he became mayor, executive pay at TfL has increased by £10million.

“The worst part is that Sadiq Khan doesn’t even seem to realise.

“He told Parliament that he cut the number of TfL staff earning over £100,000 — when in reality he increased it by nearly one hundred people.

“Whether he lied to Parliament or whether he just can’t manage TfL efficiently, Londoners deserve better.”

A spokeswoman for Mr Khan said: “The Tory candidate is once again taking Londoners for fools.

“Sadiq has been clearing up the Tories’ financial mess on TfL and before the pandemic hit, he’d reduced TfL’s deficit by over £1billion.

“The only reason TfL needs money now is because fares went down 70 percent during Covid-19.

“The Tory candidate and his government now want to punish Londoners – by extending the Congestion Charge to the North and South Circular roads, hiking fares and raising taxes. Only Sadiq is standing up for London.”

Labour sources said the number of staff at TfL on “base salaries” above £100,000 had fallen since Mr Khan took over from Boris Johnson as London Mayor in 2016, although the calculation did not include bonuses, overtime payments and severance packages.

TfL is understood to be deferring bonuses for its senior staff for 2019/20 and will not be paying any bonuses in the current financial year.