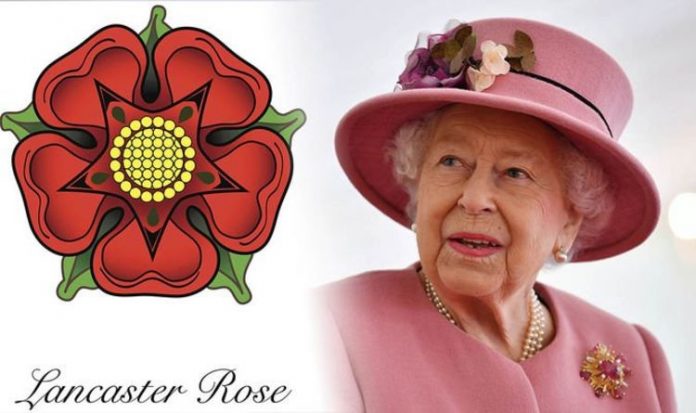 The Queen has reigned for since her father King George VI’s death in 1952. Within her family, she goes by names such as Gan-Gan and Cabbage. But in the wider world, she goes by several official names such as Her Majesty. But why exactly is she known as the Duke of Lancaster?

The Queen holds several unusual titles including the Duke of Normandy and Paramount Chief.

Her full title is Elizabeth the Second, by the Grace of God, of the United Kingdom of Great Britain and Northern Ireland and of Her other Realms and Territories Queen, Head of the Commonwealth, Defender of the Faith.

She also goes by the title of the Duke of Normandy which she holds in the Channel Islands, consisting of the Bailiwicks of Jersey and Guernsey and their dependencies.

Her title reflects the fact that these islands were part of the Duchy of Normandy since the 10th century and therefore she is sometimes referred to as The Queen, Our Duke.

The Duchy of Lancaster website reads: “Her Majesty Queen Elizabeth II is the current Duke of Lancaster.

“During a reign which has lasted over 60 years, Her Majesty has taken a keen interest in the estate, paying regular visits to the Surveys.

“The title Duke of Lancaster continues to be used, even for a female monarch.

“At gatherings of Lancastrians within the County Palatine and worldwide, the toast is: “The Queen, Duke of Lancaster!”

The Duchy of Lancaster consists of almost 19,000 hectares of agricultural, commercial and real estate holdings in England and Wales.

The Duchy also has a significant commercial property holding largely in the Savoy precinct off the Strand in London.

According to the latest official figures, the Duchy of Lancaster is worth £549 million.

The Duchy’s history dates back to 1265 with King Henry III.

Henry III gave the Duchy of Lancaster to his younger son Edmund and made him the Earl of Lancaster.

Other estates were added to this property portfolio, making it a substantial estate.

When Henry’s grandson usurped the throne in 1399 he became King Henry IV and the Duchy of Lancaster passed to the Crown.

The new king, however, said the estate should always pass through the monarchy as a private estate.

In 1702, it was decided the monarch should only receive income rather than capital from the Duchy.

Queen Victoria started using the title Duke of Lancaster as she believed the title Duchess was a title referring to the spouse of a duke as opposed to the holder of a royal Dukedom.

This is why the Queen is sometimes referred to as the Duke of Lancaster rather than the Duchess of Lancaster.