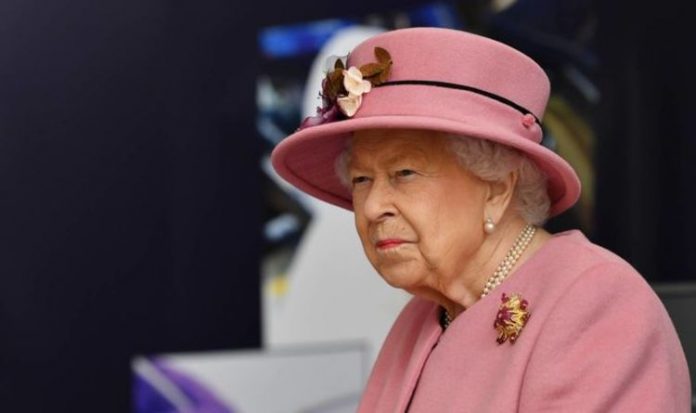 ITV’s Royal Editor Chris Ship joked the monarch could film her second vaccine booster shot as a way to encourage others to come forward and get their jabs. Chris Ship believed Queen Elizabeth II saw how vaccinations were a way out of the pandemic and would do everything she could to promote it. The Queen joins other Royal Family members who have been playing their part to help the fight against COVID-19.

She said: “Charles and Camilla last week went to see Covid vaccination trials at a hospital in Birmingham.

“And also the Countess of Wessex has undertaken her first shift as a St Johns ambulance care volunteer at an NHS vaccination centre.

“So all of them are really joined up saying when you get called up for your job, it is safe, go and get it and you will be helping not only yourself but you’ll be protecting everybody else.”

Mr Ship then discussed the Queen’s recent video where she revealed her vaccination experience.

He said: “It’s quite a long departure from where we were at the end of last year when the palace was kind of telling us, you might not find out whether or not the Queen is at the vaccine at all.

“Because that’s private medical information she may not wish to share.

“I mean at this rate, she might be live zooming her second Pfizer vaccination if that’s even possible.

“Because it’s clear that she has seen the impact of the vaccination as a way out of the lockdown and a pandemic.

“And there are some communities that haven’t had an uptake in a similar way.

“And therefore, she’s decided to say hey, I’ve had it… Why haven’t you?”

Buckingham Palace has yet to confirm which vaccination the Queen and Prince Philip received in January.

In the Queen’s video, she said the vaccine “didn’t hurt at all” and urged people to “think of others” so they can get the jab.

The monarch was also shocked at the extent of how coronavirus spread across the globe.

She said: “It’s a bit like a plague, isn’t it? Because it’s not only here that we’ve got the virus, but it’s everywhere.

“So it’s a strange battle that everybody’s actually fighting.

“Having lived through the war, it’s really much like that when everybody had the same idea and I think this has rather inspired that.”