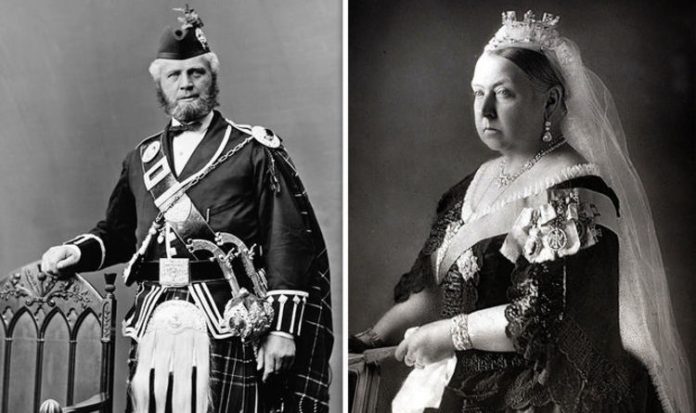 Victoria famously lived out the rest of her life in widow’s black after the death of her beloved Prince Albert in 1861. She lived for another 40 years without her husband – but unearthed diaries could reveal that she wed for a second time, in secret. Lewis Harcourt, a minister in Lord Asquith’s Liberal government, wrote that the Reverend Norman Macleod, Victoria’s chaplain, made a deathbed confession that he had married the couple and regretted it for the rest of his life.

Speculation has been rife for years that Victoria had an affair with Mr Brown as he comforted her following Albert’s death.

There were rumours that the couple married but never any evidence which historians, including Victoria’s biographers, had previously dismissed.

Mr Brown was a heavy drinker and his relationship with Victoria became the subject of 1997 film ‘Mrs Brown’ starring Judi Dench and Billy Connolly.

Mr Harcourt’s diaries came to light in 2003, as extracts were published in historical magazine The British Diarist.

On February 17, 1885, he wrote: “Lady Ponsonby [the wife of the Queen’s private secretary] told the HS [the home secretary: the author’s father] a few days ago that Miss Macleod declares that her brother, Norman Macleod, confessed to her on his deathbed that he had married the Queen to John Brown, and added that he had always bitterly regretted it.

“Miss Macleod could have had no object in inventing such a story, so that one is almost inclined to believe it, improbable and disgraceful as it sounds.”

Rev Macleod was the minister of Barony Church in Glasgow and so it is likely that any wedding would have taken place in Scotland.

“He knew everyone who mattered in politics and society and he was a sharp-eyed observer, with a keen interest in all the gossip and scandal of the day.

“The diaries were written for Harcourt’s own personal satisfaction with no ulterior motive, no idea of publication or even circulation, and no retrospective correction.”

READ  no Brexit deal better than a Canada-style one - UK

Lewis Harcourt went on to serve as a minister in the Liberal governments of Henry Campbell-Bannerman and Lord Asquith, retiring with a peerage in 1916.

A N Wilson, the historian famed for his book ‘The Victorians’, remained unconvinced.

He told The Telegraph: “I still think it is inconceivable that they married.

“The Queen was clearly very fond of Brown: they may even have had a cuddle and a snog.

“But she had a great sense of royal dignity and would not have married someone in his position.” 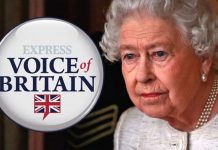