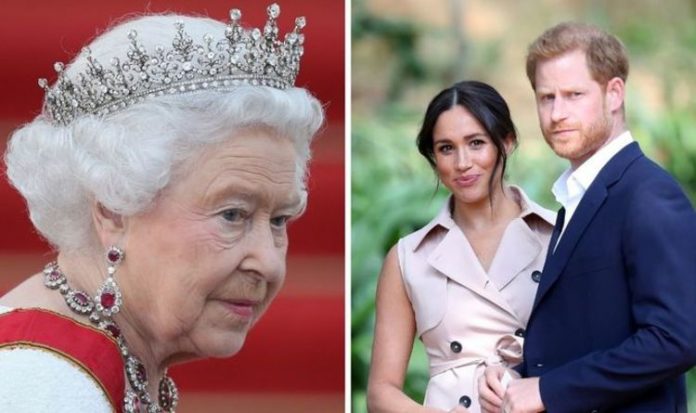 A bombshell report entitled “Meghan & Harry: How They Changed the Royal Family Forever” offered insight into how the couple “didn’t regret” their decision to move away from senior Royal Family life last year. Their exit rocked the Firm, and left many furious with the couple, particularly Harry’s handling of the situation and his apparent snub towards his grandmother the Queen. Before announcing his intentions, Harry didn’t consult the Queen, leading his father Prince Charles to be “furious” with his son and daughter-in-law Meghan.

As a result, “urgent talks” were hastily arranged in what was described at the time as the Sandringham Summit.

It led Her Majesty to issue a rare public statement, claiming she was “entirely supportive of Harry and Meghan’s desire to create a new life as a young family”.

Despite earning praise for her warmth, the Queen was reportedly upset with how the situation was handled and Thomas Woodcock, who is known as the Garter Principal of Arms, argued their move was “unsatisfactory”.

His comments came as a row erupted over Harry and Meghan’s desire to use the phrase Sussex Royal as part of their branding after their break-away from senior royal life.

Mr Woodcock’s role within Buckingham Palace is to make sure royal symbols are not used in a commercial way.

He told the Sussexes: “You’re either royal or you’re not.”

Concerns were raised that using the branding could help fund the Duke and Duchess of Sussex’s desire to lead a “financially independent life” away from the crown.

Thomas Woodcock, one of the Queen’s most senior advisors (Image: GETTY)

At the time, their social media channel and website used the wording, and Mr Woodcock told The Times: “I don’t think it’s satisfactory. One cannot be two things at once.

He added: “It is such unusual times that it is a matter of waiting and seeing how things develop.”

Before Mr Woodcock’s intervention in January 2020, an insider claimed that in order to have a swift Megxit – the phrase coined to describe their move away from royal life – the couple would have to “agree” to certain protocols.

READ  Princess Michael of Kent title: Why do her children not have prince or princess titles? | Royal | News (Reports)

The Queen alongside Meghan Markle and Prince Harry (Image: GETTY)

An insider said: “It was made abundantly clear to Harry, agree to this and then you can go.

“By his own admission it was not under the terms he wanted but he had no other option.”

The source also told the Sussexes there was “no halfway house”, but revealed they were “so desperate to get out they had no choice” but to accept the agreement.

Had they remained inside the Royal Family, Harry and Meghan would have been unable to exploit their fame for personal gain.

Harry and Meghan on their last royal duty in March 2020 (Image: GETTY)

In the year since, they have racked up millions of pounds in projects, including deals to create content for Netflix and Spotify.

But a recent report published by People saw a source close to the couple explain how they had changed the Royal Family forever.

The source detailed that the way the couple “took a huge leap of faith to embark on their new life” would alter the Firm’s history in a way unseen before.

They added: “Despite everything that has been going on this year, they don’t regret their move to the US.

“They love that they are able to focus on projects and causes that are important to them.”

It was reported that Harry had felt like a “spare”, a member of the Royal Family who has no direct accession to the throne like the Queen’s sister Princess Margaret.

This, historian Robert Lacey said, upset the 36-year-old, but the move away was “finally a solution” for him to lead a life he wanted, adding: “To stay in the royal system is to go along with subservience to those more senior than you. He has asserted his own identity.” 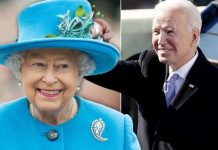