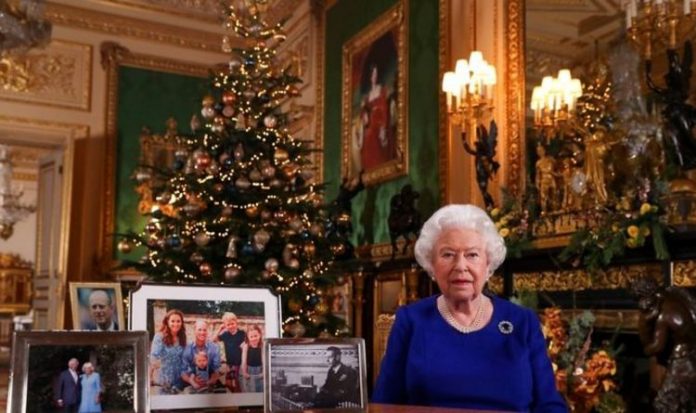 Traditionally the Queen spends Christmas at Sandringham, her Norfolk estate, with senior members of the Royal Family. But this year the monarch could be forced to choose which family members join her for the celebrations, if the Government’s “rule of six” is still in place.

The new coronavirus regulations limit the number of people who can attend indoor and outdoor gatherings to six people.

The Government brought in the strict limit in response to a recent surge in infections.

It is not yet clear how long the restrictions will be in place for, but they could well remain in place over the Christmas period.

Speaking at a press conference on Wednesday, Prime Minister Boris Johnson was unable to guarantee that the rules would be gone in time for the festivities.

If the new guidance is still in place it could prevent Britons, including the Royal Family, from enjoying a traditional Christmas.

The Queen and other senior royals typically walk to St Mary Magdalene Church church on Christmas morning and greet hundreds of well-wishers.

But the normal church service is unlikely to go ahead and crowds could be banned from attending.

A royal source told the Mail on Sunday: “Any sort of church attendance on Christmas Day is highly unlikely under the current guidelines.

The Queen usually hosts some 30 family members for Christmas lunch at Sandringham, before they gather round the TV to watch her annual address to the nation.

But those plans could also be in jeopardy if the rule of six is still in place.

The new regulations come into force from Monday, September 14.

If you break the rules meet up with more than five friends or family members anywhere, indoors or outdoors, you could be dispersed by police or face a £100 fine.

There are several exemptions from the rules, such as for workplaces, schools, organised sports and places of worship.

Buckingham Palace said: “The plans for Christmas have not been discussed, but any activities would take into account the relevant advice and guidance at the time.”