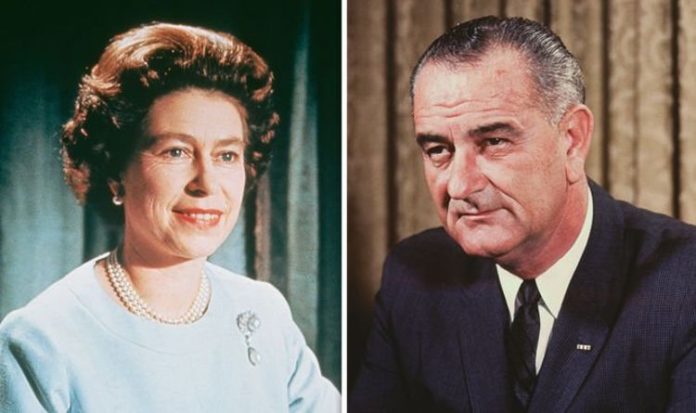 The Crown is not ‘historically accurate’ says Oliver Dowden

Season four of The Crown recently dropped on Netflix and it caused a storm over its portrayal of Prince Charles and Princess Diana’s relationship. It was accused of being historically inaccurate and Culture Secretary Oliver Dowden called for the programme to include a disclaimer that it was a work of fiction. However, this is not the first time the accuracy of The Crown has been questioned.

There were a number of inaccuracies that were called out in season three ‒ for example, regarding the Queen’s relationship with Lyndon Johnson, the 36th US President, in the Sixties.

In the second episode of season three, named ‘Margaretology’, Princess Margaret is presented as a makeshift US ambassador forced to step in when the Queen’s efforts to get the US President to come to the UK fail.

Margaret ends up going across the Atlantic for an unconventional, but successful negotiation for a financial bailout.

In the episode, it is suggested that the Queen invited Mr Johnson to visit more than once and that these were either rejected or ignored.

Olivia Colman as the Queen in The Crown (Image: Netflix)

However, there is no evidence that this happened.

While the Queen never met Mr Johnson, this was not because he rejected her offer; in fact, they just never extended an offer to each other at all.

Mr Johnson is the only US president the Queen never met, despite him being in office for six years.

By comparison, Harold Wilson met the president several times and Princess Margaret and her husband Lord Snowden attended a White House dinner during her notorious US tour in 1965.

The Lyndon B Johnson Presidential Library tweeted in 2018 that for reasons that are unclear, the Queen and Mr Johnson never met, however they made it clear neither ever extended an invitation.

The archivists wrote in a statement: “President Johnson and Queen Elizabeth corresponded from March 1964 to July 1967.

“Nothing serious ‒ congratulations on births, birthday wishes, and a condolence message after the death of Churchill.

“And President Johnson never sent an invitation to the Queen to visit the United States.

“We do not know why. (We’ve been asked this question before and have not found a specific reason.)”

Even when Mr Johnson was Vice President to President John F Kennedy, he never met the Queen, even though she did meet the Kennedys.

The Queen did not attend Mr Kennedy’s funeral in 1963, because she was pregnant with Prince Edward.

It is possible that they met at a State Dinner in the Queen’s honour in 1957 ‒ at the time, Mr Johnson was Senate Majority Leader ‒ but that is not confirmed.

The Queen did visit the US in 1991 and met Mr Johnson’s wife, First Lady Lady Bird, but still did not meet the former President himself.

What’s more, the Johnson administration apparently planned two trips to Europe that may have included a visit to the UK, but both fell through, according to the library.

The White House Historical Association confirmed what the Lyndon B Johnson Library stated.

A page on its website reads: “Queen Elizabeth II never met President Lyndon B Johnson during his presidency and was unable to attend John F Kennedy’s funeral because she was pregnant with Prince Edward.”

The ‘Margaretology’ episode also overestimates how successful Margaret’s tour was, because the Queen’s sister managed to insult various celebrities, including Elizabeth Taylor, whose engagement ring she described as “vulgar”.