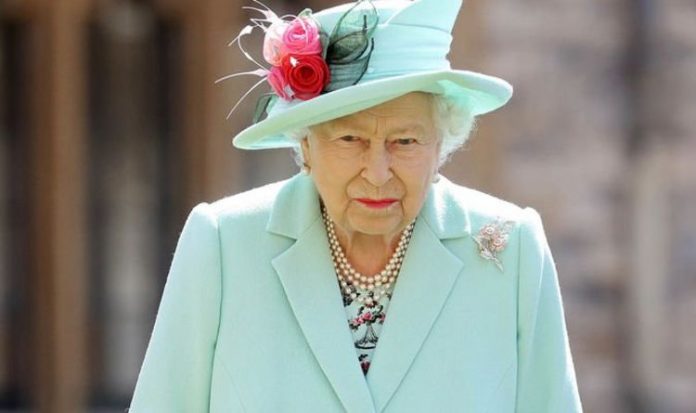 The Queen is to resume engagements at Buckingham Palace in October, for the first time since she stepped out of her London residence on March 19 to self-isolate at Windsor Castle. This return to her office is of significant importance for both the public and the monarch herself, who insiders have often described as eager to return to a life as normal as possible despite the ongoing pandemic, a royal expert noted.

Royal commentator Richard Fitzwilliams told Express.co.uk: “She is in excellent health and reportedly has been riding a good deal.

“There will obviously, owing to the pandemic, be limitations as to what she is able to do for the present, but when she carries out engagements at Buckingham Palace, currently undergoing refurbishment, it is will be symbolically important.”

Touching upon the connection between the Crown and the Government, Mr Fitzwilliams added: “It should be emphasised that whilst she has said ‘I have to be seen to be believed’, she acts on government advice.

“The Queen will therefore be following Government guidance which is currently urging a return to work where practicable, depending on the circumstances.”

Prime Minister Boris Johnson started urging office employees who have been working from home since March to return to their offices if COVID-secure in August.

Asked whether remaining out of the public eye for months has hit the Queen’s popularity, Mr Fitzwilliams said: “She remains immensely popular and an indispensable symbol of national unity during this unprecedented crisis.”

The Queen addressed the country in April when she urged Britons to be strong despite the sorrow and difficulties created by the pandemic.

On May 8, the monarch spoke to the UK again to mark the 75th anniversary of VE Day.

In her speech, the Queen recalled her memories of the celebrations taking place near Buckingham Palace in the wake of the end of World War 2.

Buckingham Palace announced on September 8 the Queen and Prince Philip would end their summer break at Balmoral Castle earlier than foreseen by most commentators and royal fans.

The elderly couple usually remain in Scotland until October, when the Queen returns to southern England to resume her work.

However, this year, the monarch and the Duke will spend privately two weeks in Norfolk.

The statement issued by the palace read: “The Queen and the Duke of Edinburgh will depart Balmoral Castle during the week commencing September 14 to spend time privately on the Sandringham Estate.

“These plans will be kept under review and will of course be subjected to all relevant guidance and advice.”

The pair are expected to stay at Wood Farm, which has become in 2017 Prince Philip’s main residence.