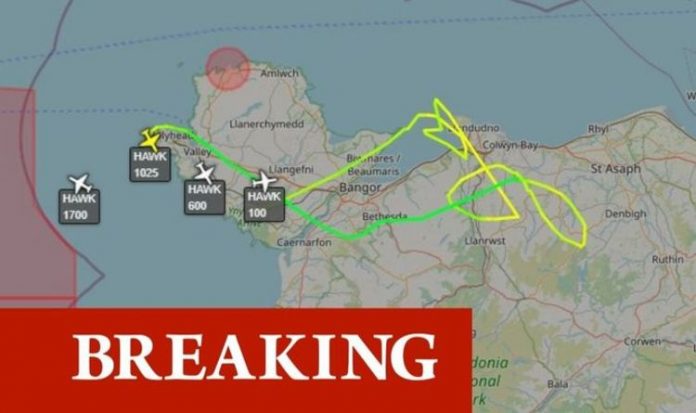 Jet ZK027 has issued a 7700 squawk, indicating a general emergency. The plane had been flying off the coast of Holyhead in west Wales when it issued the alert. The jet is a Valley Hawk T2, which is used to train pilots to fly at speed.

Aviation observers expressed alarm at the squawk on Twitter.

READ  Tackling chemical weapons in Syria through both OPCW and UNSC

Another said: “I get alerts whenever a plane calls an emergency and a RAF Jet REG ZK027 has just stopped dead there, now there’s another Jet going towards it.”

A third said the plane “has either landed or gone out of range wearing 7700”.

A 7700 squark is understood to be a common alert which could indicate an incident has occurred or there is a problem with the aircraft.

As the jet has gone off the radar, it is likely to have already landed.

The RAF will confirm what has happened shortly.