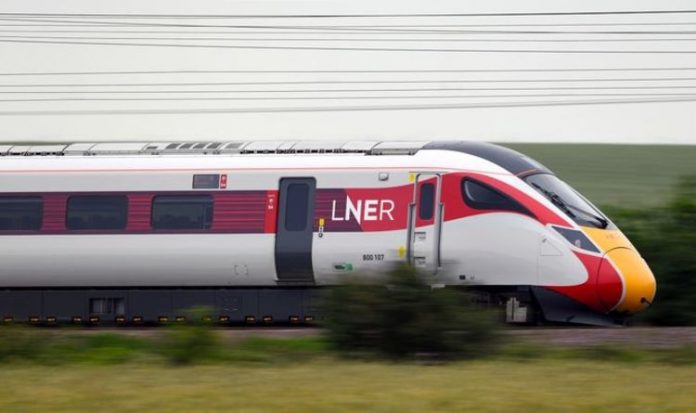 Once again train fares are due to rise in the new year, a blow to those returning from homeworking following the coronavirus lockdown. Fares and season tickets will rise by 1.6 percent – infuriating commuters who already pay through the nose for journeys.

Coronavirus has led to the lowest ever use of trains, and figures do not yet cover the drop in usage.

Figures from the Government’s Office of Rail and Road show passenger numbers in January to March fell 11.4 percent compared to the prior year.

But the numbers from lockdown are due to come out in October, which will show the true drop in usage.

When lockdown was announced, the Government said passenger numbers had dropped by 70 percent since the pandemic began.

Rail Minister Chris Heaton-Harris said: “We expect any rail fare rise to be the lowest in four years come January and any increase will go straight to ensuring crucial investment in our railways.

“Taxpayers have been very generous in their support to keep trains running throughout the coronavirus pandemic, and whilst it’s only fair that passengers also contribute to maintaining and improving the services they use, a lower rise will help ensure the system returns to strength.”

Even if demand returns, operators will struggle to offer full capacity because of social-distancing requirements.

Franchise agreements with train operators, which were based on predicted demand, have been abandoned because of the slump.

“Today’s fare rise is a missed opportunity to do just that.

“Part-time commuters will feel the pinch of this rail fare rise even more acutely, unless flexible season tickets that provide an equivalent discount on full-time ones are available from January.

“The needs of commuters have changed and ensure that the railway meets those needs in an affordable way or else we risk the long-term economic and social costs of permanently diminishing the public transport system.”

Mark Smith, the former British Rail executive who runs the Seat61.com website, said: “For once, the annual fares increase is no longer the real issue.

“The case for fares reform is now overwhelming, with traditional season tickets no longer fit for purpose as more flexible working becomes the norm.

“With the Government now taking revenue risk, it’s time for a major fares overhaul from the ground up.

“We need to get people back on the rails, with fares that fit the way they travel.”