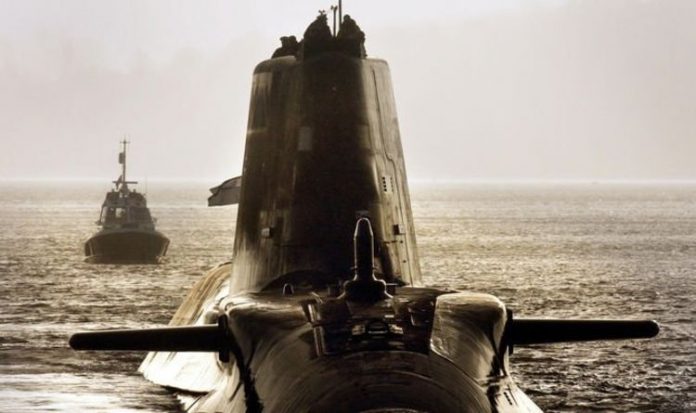 The team on HMS Vengeance has been grounded bat their Faslane base in Scotland after sailors broke quarantine by spending nights with wives and girlfriends. The crew were supposed to be isolating but are now in quarantine after an officer tested positive days before they were due to sail. The Daily Record has revealed as many as 30 of the Navy crew have the virus after sailors broke quarantine rules to leave the base to meet partners. The sub has been effectively stranded, unable to patrol after some sailors are believed to have travelled as far as the Vale of Leven – almost 17 miles from the base, near Helensburgh – for overnight stays with partners.

An insider said: “A few people are very concerned that members of the crew have been breaking the quarantine rules to get out of the base to meet their girlfriends. One of them has been spotted going out to the Vale to meet his girlfriend.

“This is what is behind the outbreak – people unable to keep it in their pants. The Navy will say it is all contained but clearly it isn’t – especially when people just blatantly ignore the rules.

“The place is riddled with it. A landing crew were given a £500 incentive to help bring the ship in recently as they were reluctant to go onboard with so many cases of the virus floating about.”

Navy chiefs fear the virus will rip through cramped subs, equipped with Trident nuclear missiles. The crew had been in strict isolation for weeks with food delivered to their rooms and tests being administered before coming aboard the sub.

The Navy said: “We can confirm that a number of personnel at HMNB Clyde, have tested positive for Covid-19 and are under medical supervision.

“Personnel identified as having been in contact with those who have tested positive are self-isolating in line with established health guidelines. We do not comment on matters related to submarine operations.”