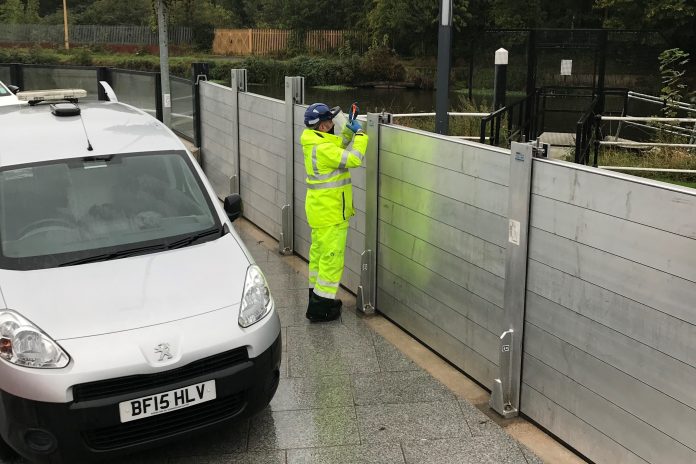 Flood recovery work is now underway across Greater Manchester, Merseyside and Cheshire by the Environment Agency.

Teams have been on the ground in affected communities, including Didsbury, Warrington and Northwich, since the first bout of heavy and persistent rain over the week of the 18th January.

Through a combination of operating defences and assets, the Environment Agency were able to protect more than 24,000 properties and businesses and warn more than 6,000 people in advance of Christoph’s arrival. 48 flood warnings and 5 severe flood warnings, meaning a danger to life, were also were issued.

However, even with those measures in place, the severe weather caused between 369 properties across Greater Manchester and Cheshire to be affected by flooding, with the Environment Agency still gathering vital post-flood information to determine the total figure.

“We would like to thank our communities, partners and staff who have shown a rapid, dedicated response to the intense and unprecedented rainfall brought on by Storm Christoph.

Over the week, our teams operated our flood storage reservoirs in the Salford, Didsbury and Sale areas and, activated all 3 phases of the £7m Northwich scheme, which successfully held back the River Weaver. We are continuing to check our defences after the severe weather and are operating them as needed to help keep people and properties safe.

“The focus now is on recovery. The Environment Agency’s flood assets protected thousands of homes and businesses but sadly, some communities across the North West did suffer from flooding and we need to help them recover as quickly as possible.

“We are doing everything we can to support our communities. Alongside, our partners we are coordinating our field teams out on the ground in affected areas. They continue to work around the clock. Our Community Information Officers have also been in touch with residents and business owners to offer information and advice as well as signposting people to help by working with Local Authorities.”

With further heavy showers are expected to continue into the weekend, the Environment Agency is advising communities to remain vigilant and stay safe over the coming days.

People are advised to sign up for free flood warnings and keep up to date with the latest safety advice, call Floodline on 0345 988 1188 or follow @EnvAgencyNW on Twitter for the latest flood updates.