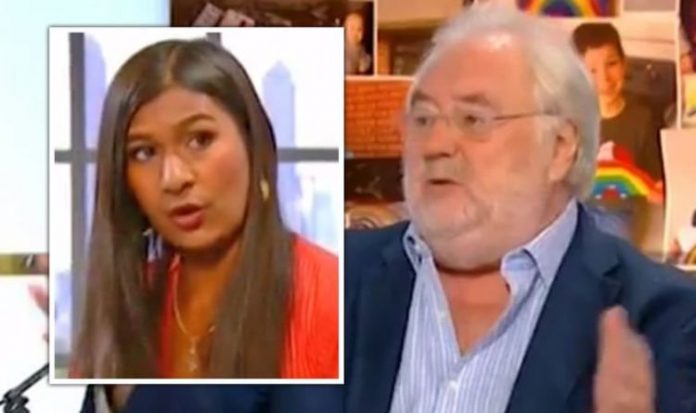 During Channel 5’s Jeremy Vine programme, Ms Sarkar and Mr Parry clashed regarding the Government’s negotiation strategy with the European Union. Ms Sarkar stated that Boris Johnson’s Government needs to face serious questions regarding its competency on Brexit while Mr Parry argued the Government have prepared for a no deal scenario.

Ms Sarkar said: “Boris Johnson won an election promising to get Brexit done and saying that his deal was oven ready.

“That is a promise that he made to the electorate, it was a core part of his mandate.

“When his Government failed to deliver on that for whatever reason I think that there are some serious questions that we need to ask of their competence.

“When it comes to if these trade deals with the US and Japan will be enough to compensate for the lack of a trade deal with the EU, I am not as convinced as you.”

Mr Parry replied: “I agree but the point is how long do we go on with Mr Barnier and the Europeans just trying to pretend that Brexit hasn’t happened?”

Mr Vine asked: “Isn’t it the case we didn’t foresee how important the fishing rights were going to be?”

Ms Sarkar responded: “I think there was a sense that it was going to become a real sticking point.

“It was one of the things that drove people to vote Leave in the first place, so I don’t buy this argument that the Government did not see it coming.”

“Then we can do some sort of access arrangement for foreign vessels to fish in our waters and pro-rota for our to fish in theirs because making a line down the sea on the second of January is not going to work.

“That is a very fine balancing act, but it must not be decided by demands from Dutch and French fishermen who want to carry on as they are.