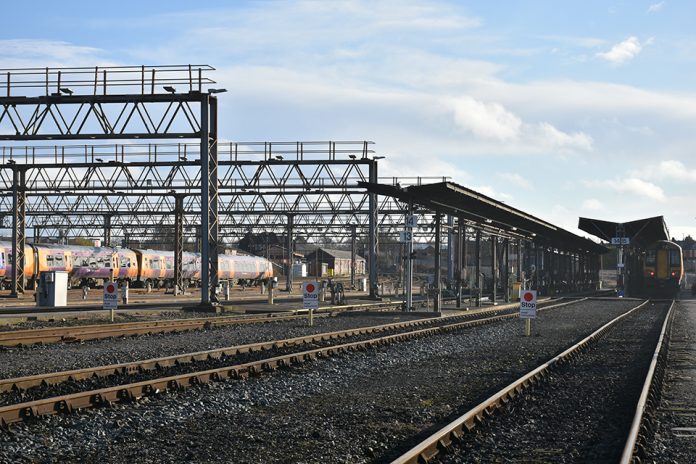 At around 20:00 hrs on Saturday 14 December 2019, a train driver became trapped between two trains in the yard at Tyseley maintenance depot, Birmingham. The driver received fatal injuries as a result.

The driver became trapped because he was passing between two closely-spaced trains when one of the trains was moved towards the other as part of a coupling operation. The driver had not used a safe route when he was walking within the yard, and almost certainly did not expect that the trains would move as he passed between them. Another driver, who was attempting to couple the trains, was unaware that anyone else was close to them. He did not sound a warning prior to coupling because local instructions did not require this.

The investigation has also identified six learning points for the railway industry:

The death of any member of railway staff on duty is a tragedy. As we publish RAIB’s investigation report into the accident which took place at Tyseley depot in December last year, my thoughts are very much with the family of the train driver who died as a result.

This sad accident highlights how dangerous depots and sidings can be. When I started on the railway in 1982 one of the first things that was drummed into me was to take care around vehicles, and to only go under or between vehicles when you were quite sure they were not going to move. That is as true now as it was then. No matter how bad the weather, don’t be tempted to make a quick dash through a small gap. It could prove fatal.

In a depot like Tyseley, trains are maintained and serviced in readiness for their next duty. Train drivers are required as part of their normal work to take trains into depots for these activities to take place. They will also carry out the final preparation of trains and take them out of depots afterwards. We found that the department within the train operating company responsible for managing traincrew and the department responsible for the servicing and maintenance of trains were not working well together. This meant the company as a whole did not understand or sufficiently manage the risks posed to drivers who were working or walking in depots. The company was also not taking effective action to deal with unsafe actions in depots. Good safety management requires both an understanding of risk and spotting when things are not being done properly, and then doing something about it.