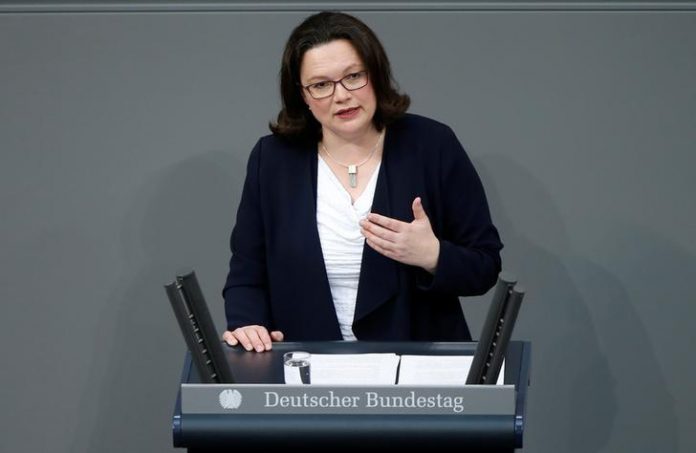 BOCHUM, Germany (Reuters) – The leader of Germany’s Social Democrats on Saturday vowed to oppose a push by Bavarian conservatives to crack down on migration, in defiance of conservative Chancellor Angela Merkel, warning the dispute could lead to a “German Brexit”.

Andrea Nahles, leader of the center-left Social Democrats, railed against conservative Interior Minister Horst Seehofer, of the Bavarian Christian Social Union, in an emotional speech to party members in the western German city of Bochum.

“Horst Seehofer is a danger to Europe,” Nahles told delegates to a party convention. “Horst Seehofer and (Bavarian premier Markus) Soeder are on the way to a German Brexit.”

Seehofer has vowed to order police to start turning back migrants registered in other EU countries if Merkel fails to reach a broader migration deal with other European countries. But Merkel has warned it could be difficult to reach a deal in a politically divided Europe.

Nahles said her party remained committed to governing with the conservatives, but – she said – it was unclear if the Bavarian conservatives were still willing to do so.

Plans for Sunday’s emergency EU meeting, aimed at preparing for a full EU summit from June 28-29, were thrown into chaos on Thursday when Italy’s new prime minister said a draft accord on migration had been withdrawn due to a clash with Merkel.

Nahles accused Bavarian conservatives of “taking the entire country hostage” to bolster their support ahead of regional elections in Bavaria in October.

Wolfgang Schaeuble, a member of Merkel’s conservatives and president of the Bundestag, the lower house of the German parliament, told the Tagesspiegel newspaper that Seehofer and Merkel needed a compromise that allowed each to save face.

The CSU, scrambling to recapture voters lost to the far-right Alternative for Germany (AfD) party in September’s national elections, will meet on July 1 to assess any deal reached by Merkel in Brussels, party sources said on Friday.

Seehofer has threatened to defy Merkel if a “satisfactory” deal is not reached, and to start turning away at the German border people who have applied for asylum in other EU states.

National border controls would undermine the EU’s system of free travel. Schaeuble said Merkel would have no choice but to fire Seehofer if he defied her orders.

Germany has accepted 1.6 million Syrians and other migrants since 2014. 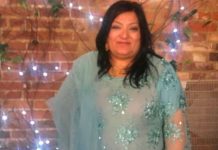 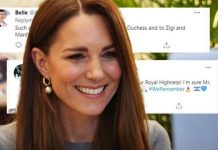 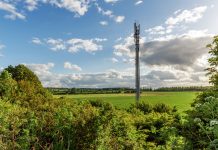 Government reviews law on access to land for digital infrastructure