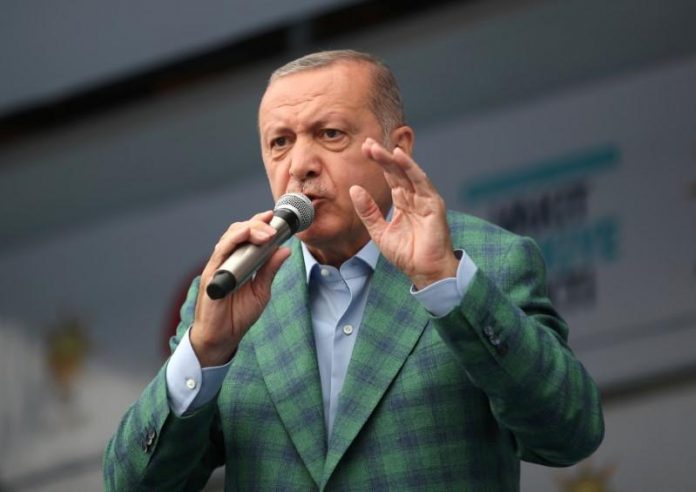 ISTANBUL (Reuters) – President Tayyip Erdogan and his main challenger, Muharrem Ince, made a final push for support at rival rallies in Istanbul on Saturday, a day before presidential and parliamentary elections widely viewed as the most crucial in Turkey for decades.

The winner of Sunday’s presidential contest will acquire sweeping new executive powers under a constitutional overhaul backed by Erdogan and endorsed last year by a narrow majority of Turks in a referendum.

Erdogan, who has dominated Turkish politics for 15 years, first as prime minister and since 2014 as president, praised the executive presidency that comes into force after the election.

“God willing, Turkey will start flying with this system… With this system, we will achieve what others cannot imagine,” he told tens of thousands of supporters at a rally in Istanbul’s Esenyurt district, the first of five planned for Saturday.

Erdogan, 64, also promised to deliver more of the big infrastructure projects that have characterised his time in power and helped make him the most popular – if also the most divisive – leader of modern Turkish history.

His supporters say only Erdogan can guarantee Turkey’s economic and political stability in difficult times.

“Stability is important above all else, I believe after we shift to the new system certain decisions will be taken much more swiftly. The economy will be stronger,” said Mehmet Engin, 52, a furniture wholesaler, attending Erdogan’s first rally.

But with Turkey’s economic woes mounting, partly due to the lira currency’s sharp decline against the dollar and euro, Erdogan and his ruling, Islamist-rooted AK Party, are facing an unexpectedly strong challenge from a revitalised opposition.

Ince, a former teacher and the presidential candidate of the main opposition party, the secularist Republican People’s Party (CHP), has proved highly effective on the campaign trail, drawing huge crowds, especially in the big cities.

On Saturday police said at least one million people had turned out in Istanbul’s Maltepe district to hear Ince promise to reverse – if he wins the presidency – what he sees as Turkey’s turn towards more authoritarian rule under Erdogan.

Ince also repeated his accusation – made by other opposition politicians too – of political bias by Turkey’s state media, which has given Erdogan and the AK Party heavy coverage while often neglecting to broadcast opposition rallies.

“Our country needs fresh blood like Muharrem Ince, that is why I am here,” said Nuray Ugurlu, 54, who said she was attending a political rally for the first time because of concern over the rapidly rising cost of living.

“The price of potatoes and onions is shooting up with the dollar (versus the lira), how can we live in such a country?”

On the other side of the Bosphorus, the waterway bisecting Istanbul and separating Europe from Asia, Erdogan dismissed fears of any ballot-rigging on Sunday, saying the polls would be fair and safe.

“We have taken all security precautions,” said Erdogan.

Opposition parties and non-governmental organisations say they plan to deploy more than half a million monitors and volunteers at ballot boxes across Turkey on Sunday to prevent fraud.