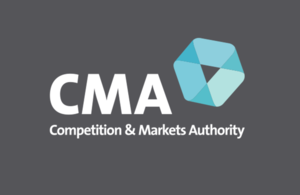 We recently fined GAK, a reseller, £278,945 for breaking the law by entering into an agreement with manufacturer Yamaha not to discount online prices for Yamaha’s digital pianos, digital keyboards and guitars.

This is the first time that the CMA has fined a reseller for RPM. Yamaha was granted total immunity under the CMA’s leniency programme.

When online resellers have the freedom to price products independently this leads to healthy competition – rivals strive to offer the best deal for customers and people can shop around for the best price.

However, if resellers agree not to reduce prices below a minimum level set by the supplier, rival resellers are blocked from competing on price and customers lose out. This practice is known as Resale Price Maintenance (RPM) and is illegal.

Between 1 March 2013 and 31 March 2017, GAK agreed to adhere to minimum prices set by Yamaha when selling Yamaha’s digital pianos, digital keyboards and guitars.

While the CMA had reason to suspect that other resellers with which Yamaha worked may also have been engaged in RPM, the CMA focussed its investigation on GAK. A key reason for this was that GAK had failed to address the CMA’s concerns regarding possible RPM conduct after receiving an advisory letter from the CMA in 2015.

CMA accepted that GAK believed there to be a credible threat that Yamaha would impose sanctions (restrictions on supply or loss of discount) if GAK did not adhere to minimum prices, and found that GAK had actively participated in Yamaha’s pricing policy. GAK used price-monitoring software to help ensure that it and other resellers were complying with minimum prices. It also sometimes let Yamaha know if competing resellers were dropping their price. GAK also used tracking software to ensure that its prices were automatically updated in line with minimum prices signalled by Yamaha through its YML store.

Price monitoring software, when used correctly, should benefit competition by encouraging firms to compete with rivals. In this instance, the software was misused as a tool to implement the illegal agreement between GAK and Yamaha and help keep resellers’ prices artificially high.

How GAK broke the law

RPM is illegal because it cheats people out of a fair deal. It involves a reseller agreeing not to discount a product in return for receiving supplies, and therefore restricting the possibility of discounts – rather than allowing resellers to compete on prices.

GAK was aware, or should have been aware, of the likely anti-competitive nature of its conduct. GAK could see that from October 2014 onwards, Yamaha was attempting to minimise written records of its pricing policy which formed the basis of the infringement. As one senior GAK employee noted:

Yamaha would regularly make statements in email about not controlling GAK’s pricing, but contrary expectations were relayed via e.g., phone calls…

The unusual and contradictory nature of these communications could be expected to have increased GAK’s sense that it was participating in something that was not a legitimate business practice, the legality of which was, at best, questionable.

What action we took

We fined GAK in excess of a quarter of a million pounds for breaking the law. The fine was increased because senior management was involved, and because the illegal behaviour continued after GAK received an advisory letter from the CMA making it aware that there was evidence it might be engaging in RPM.

GAK admitted to breaking the law, and cooperated with the CMA’s investigation, and its fine was reduced to reflect this.

What the lessons are

There are a number of lessons that businesses can learn from this case, including the following:

What you can do

This case shows that it’s important for suppliers and resellers to review their pricing practices so they don’t risk entering into illegal agreements. Some of the ways to do this are to: 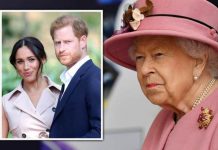 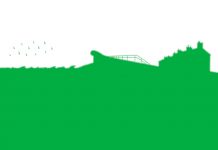