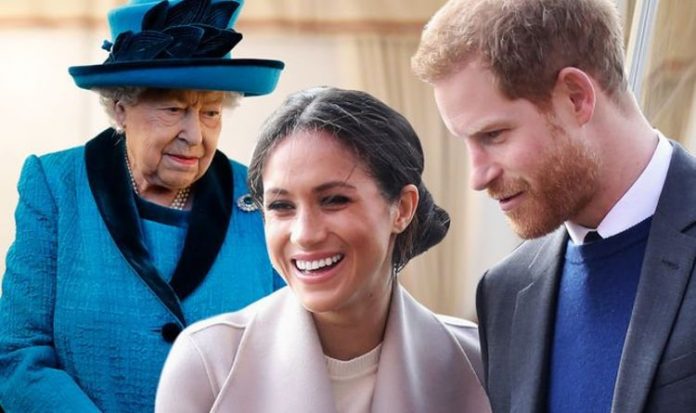 Meghan Markle, 39, and Prince Harry, 35, have been accused of “exploiting” their ties with the Royal Family to sign a Netflix deal by royal biographer Angela Levin. The royal writer, who has met and interviewed the Duke of Sussex, has sensationally claimed Harry and Meghan planned to leave the Royal Family before their wedding. But journalist Victoria Murphy defended the accusations and explained the royal couple “struggled” with working royal life.

Speaking to the Royal Beat, Ms Levin said: “I think that it’s the biggest exploitation of the Royal Family in our lifetime.

“I don’t think this could have been done very quickly that they come out of the Royal Family, they’ve got all their PR and agents set up, they negotiate with Netflix, wham bam here’s 150 million for your future.

“I think this was plotted right from the very beginning, before the wedding.

“We know that they set up their website before the wedding and I think that this is using them.”

READ MORE: Meghan Markle and Prince Harry have made it ‘impossible’ to return

Ms Murphy interjected: “I disagree with this idea of a calculated ploy.

“I think Harry and Meghan were incredibly committed when they first became engaged and married to having a life in the Royal Family.

“It’s a genuine love match. I think what happened through a series of events, they felt it was just untenable for them to continue.

The source added that Harry and Meghan were now fully financially independent and they viewed the payment as “another significant step in their new life”.

“There was never any request from the Queen nor the Crown Estate to repay this but it was something they wanted to do,” the insider said.

“It was important to them that they did not want to be seen to be drawing on the taxpayer.”